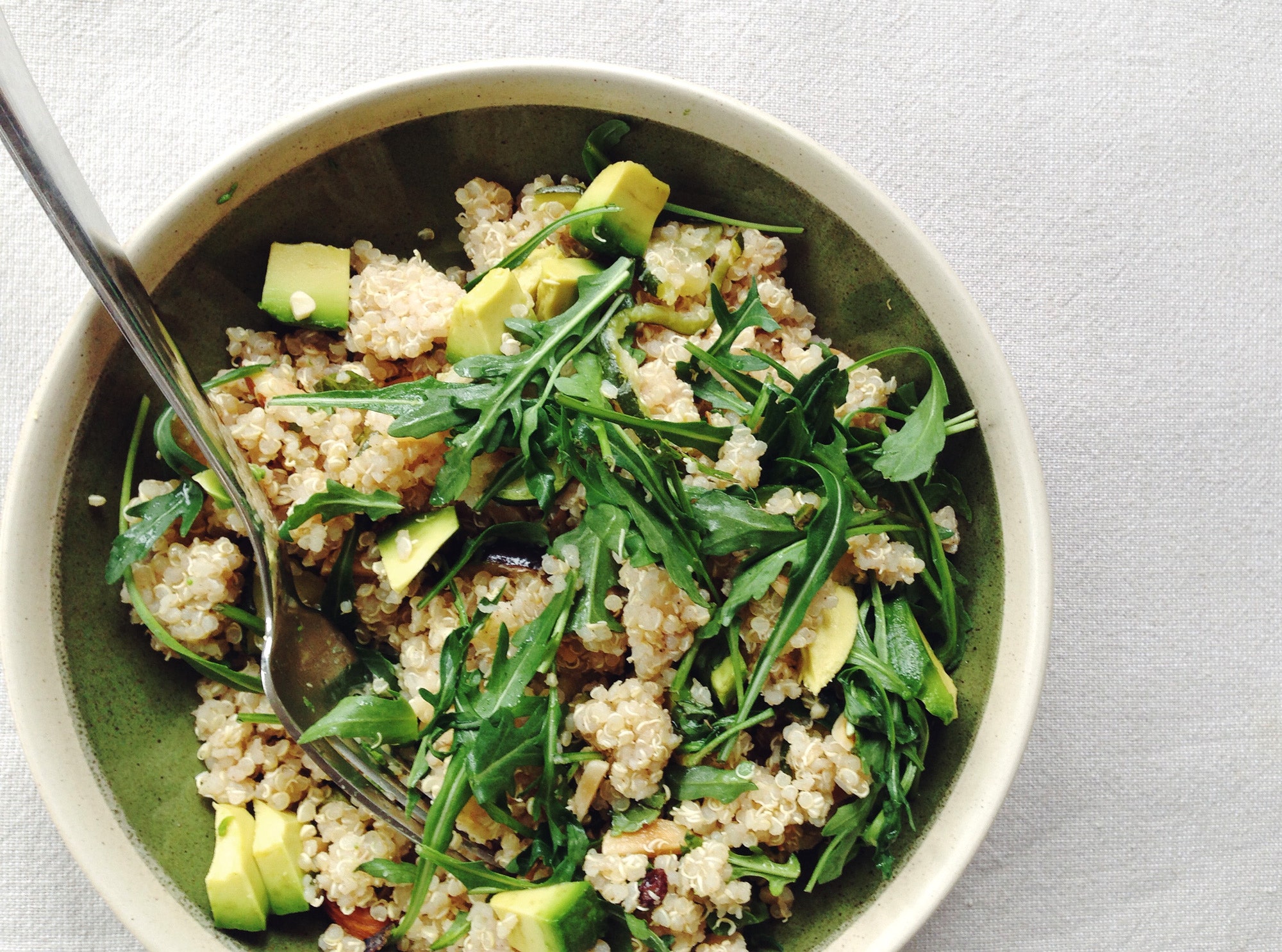 Oh, food myths, how you make my job as a registered dietitian both endlessly entertaining and utterly frustrating. I’m not sure where these culinary rumors start, but some of them refuse to go away. Entire diets are based on them, books are written extolling their truth, and countless people get swindled into believing them. But these myths, many of which I hear again and again, often hinge on baseless rumors, pseudoscience, or both, and they can get in the way of people living their healthiest lives. Here, five of the biggest nutrition falsehoods you should stop believing ASAP.

Myth #1: Quinoa is a high-protein grain.

Clients often tell me they had a great quinoa salad with vegetables for dinner. When I ask them what their protein source was, they say, “The quinoa?” Then they look at me like I’m nuts. Except I’m not—quinoa isn’t high in protein. Quinoa (which is actually a seed, not a grain), has 8 grams of protein

per cooked cup. That’s 3 grams more than brown rice, and around 12 grams less than the 20-30 grams of protein I recommend most people consume at each meal.

While you could theoretically just eat more quinoa to consume more protein, if weight loss or maintenance are goals of yours, it’s important to note that two cups of quinoa contain almost 450 calories. And even if you’re not concerned with your weight and just want to live a healthy life, it’s best to limit your starch intake to one cup per meal, allowing room for lean protein and vegetables to shine.

into your diet. It’s not about giving up your beloved quinoa, just realizing it doesn’t pack the protein punch you might think.

Myth #2: You need to “alkalize” your body to be healthy.

The thinking is that alkaline foods

, or foods meant to lower the acidity in your body and balance your body’s pH, can help improve your health overall. Most alkaline foods are indeed healthy, because the group includes plenty of fruits, vegetables, legumes, and other goodness. But they do not affect the way your body “alkalizes” itself.

I’m going to break it to you: Your kidneys keep a tight rein on the acidity of your blood, and they control your system’s acid-base balance in a way that choosing a certain fruit or vegetable over others just can’t. If your kidneys didn’t have a handle on this all-important task, you’d get seriously ill from eating an orange or, well, pretty much anything. You heard it here first, people, and it’s basic physiology.

So, that $100 jar of greens powder that promises to alkalize you? Yeah, it doesn’t. Eat your greens because they’ve got lots of other benefits, but don’t believe the acid/alkaline hype.

The ’60s and ’70s called, and they want their diet back! This gem goes back to when women were crunching on celery sticks while drinking a TaB, and somehow it’s still kicking.

There is no such thing as a negative-calorie food. If you search the term on the internet, the most ridiculous lists come up—some containing items like the aforementioned celery (only 10 calories

per large stalk, but those calories still exist), watermelon (um, contains 46 calories a cup), grapefruit (no, that has 104 calories per fruit), and lean meat (I’m not even going to comment on that one).

Food does have a thermogenic effect, meaning your body uses calories to chew and digest what you eat. But your body is pretty adept at this process, so it doesn’t have to expend a ton of energy to make it happen, and eating certain foods can’t drive that number up in any major way.

All calories count, but some are healthier than others. In general, the less processed, the better. But the concept of some foods using up more calories than they contain? Pure malarkey.

No food burns fat. In fact, we should get rid of the term “fat-burning” because it’s so misused. There are some foods that may temporarily spike your metabolism, but not enough to declare them weight loss aides. Take chili peppers for example, since they’re one of the most commonly cited “fat-burning” foods. Science has long been intrigued by the effects capsaicin, the chemical that gives peppers their spiciness, may have on energy expenditure. And some studies have even found that ingesting capsaicin may increase metabolism, but the result is nowhere near strong enough to label any one food a fat-burning one. “These effects on thermogenesis are modest in magnitude; there do not appear to be any reports of clinically significant [calorie or fat burning] with ingestion of capsaicin,” said the authors of one 2015 study published in Open Heart journal.

Almonds are super healthy, so it’s natural to assume almond milk always is, too (when it’s unsweetened, that is). But that’s not necessarily the case. It’s not that almond milk is unhealthy—neither is water, and the two have a whole lot in common. See, almond milk is made by soaking almonds in water, grinding everything together, and then straining out the liquid, aka the “milk.”

What gets thrown out what the milk mixture is strained? Only the almonds’ fiber and protein, which is much of what makes them nutritious. Compare that with cow’s milk, which often provides vitamins, minerals, and protein. If you don’t want to drink cow’s milk, no problem—humans don’t need it, and there are other ways to load up on the health benefits it offers. For example, to boost the nutrition of an almond milk-based smoothie, add a scoop of unsweetened protein powder or hemp hearts, or check out one of the protein-fortified almond milks out there. Or instead of drizzling almond milk into your oats each morning, try soy milk, which can provide some of the protein its almond counterpart is lacking.

Don’t worry if these nutrition misconceptions threw you for a loop. With so much information out there, it’s hard to know what’s legit! Here, even more food myths that deserve some debunking.