Canada’s annual seal slaughter begins on April 9th. In the face of intense international outrage and far-reaching bans on seal fur and other seal “products,” the Canadian sealing community is trying desperately to discredit the animal advocates who are speaking out against it. But the facts don’t lie. These are the eight most important things that you need to know about the seal slaughter, and how you can help end it. 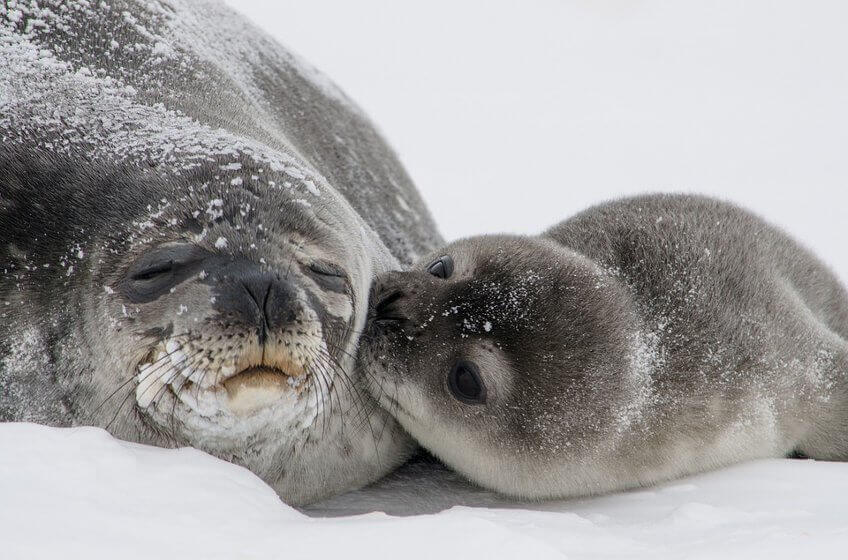 Canada banned the slaughter of newborn seal pups, called “white coats,” in 1987, following a public outcry. But there’s no difference in the pain that animals feel at the age of 2 weeks, when they’re white coats, and at 3 weeks, when their fur has turned gray. Ninety-seven percent of seals who are slaughtered are under 3 months old. Many of these pups haven’t even eaten their first solid meal or taken their first swim. 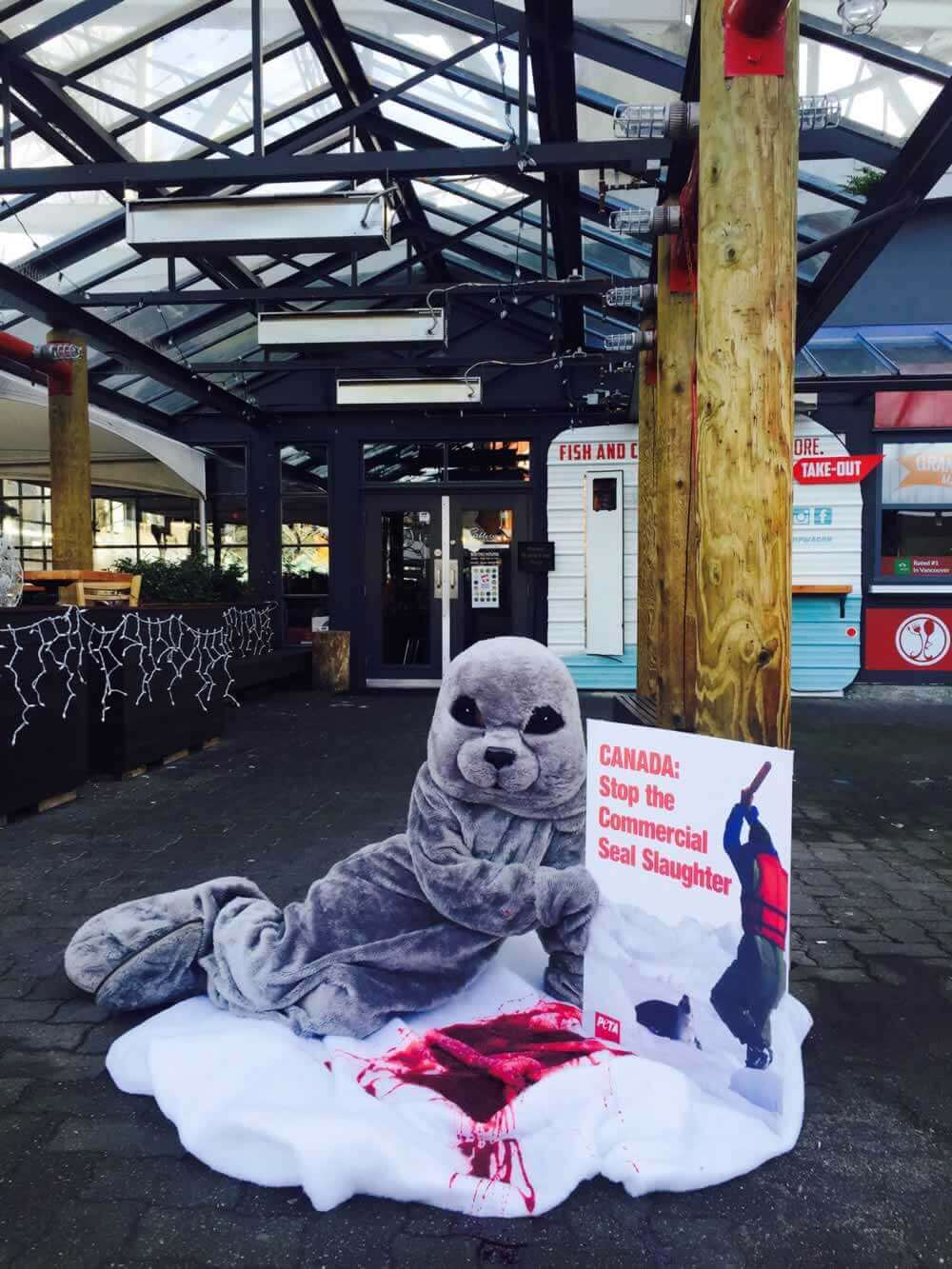 2. PETA is targeting the commercial seal slaughter, not the Inuit hunt.

Although indigenous people in Northern Canada hunt seals, PETA’s campaign has always been against the commercial East Coast seal slaughter carried out by non-aboriginal fishers as an off-season cash grab. This slaughter accounts for about 97 percent of seals killed in Canada and has nothing to do with the Inuit hunt. The sealing industry tries to hide behind native people in a dishonest attempt to justify its actions. 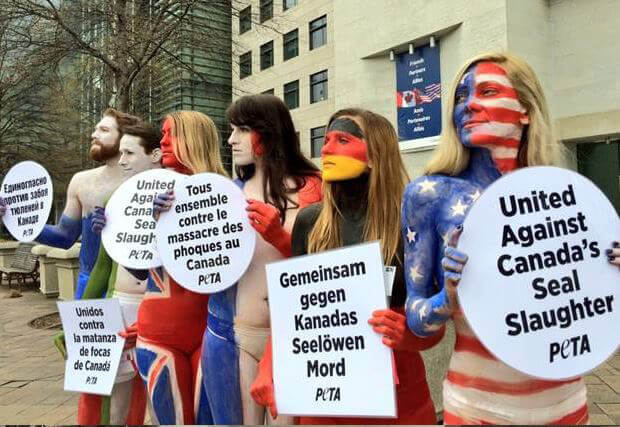 3. Seal “products” from the commercial slaughter have been banned in 36 countries because of cruelty.

All major markets for seal “products” have now closed. Belarus, Croatia, Kazakhstan, Mexico, Taiwan, the United States, India, the 28 countries of the European Union, and Russia (which previously imported 95 percent of Canada’s seal “products”), have all banned imports of products made from seals killed in Canada’s commercial slaughter. In addition, China has said “no” to seal meat, despite years of efforts by sealers to create a market there.

In the 1990s, Canada’s East Coast cod fishery collapsed as a result of overfishing, environmental destruction, and mismanagement by the Department of Fisheries and Oceans, now known as Fisheries and Oceans Canada. Fishers jumped at the chance to blame the collapse on seals to justify the bloody slaughter. But even one of the department’s own scientists admits that seals aren’t to blame for the depletion of fish populations.

5. The slaughter methods are not humane.

Every year, animal-protection groups film the seal slaughter, and every year, the footage shows that seals are subjected to prolonged and painful deaths. As sealers shoot them from boats, the bullets often don’t penetrate their brains but only wound them. A study by veterinarians found that 82 percent of seals who are shot aren’t killed immediately by the first bullet. Sealers climb out of the boats and traverse the ice to kill the animals, typically by crushing their skulls. Some sealers don’t even bother to do that, instead impaling them in the eye or cheek with a metal hakapik, a hooked club, and dragging them on board. Footage has shown seals who are still conscious and moving after being hauled onto the vessels.

6. Fishers don’t rely on the commercial seal slaughter as their primary source of income.

Sealing is an off-season cash grab for the fishing industry. Sealers are commercial fishers who earn only a small fraction of their income from the slaughter. Fewer than 1 percent of the residents of Newfoundland, where much of the seal slaughter occurs, take part in it, and it makes up less than 0.5 percent of Newfoundland and Labrador province’s economy.

7. Most Canadians oppose the seal slaughter.

A poll by Environics Analytics found that the majority of Canadians opposes the commercial slaughter, even in the province where it takes place.

8. The Canadian government spends millions in taxpayer money every year to keep the seal slaughter going.

With global bans on seal “products” in place, there’s little money to be made from killing these animals. The government spends an estimated C$7 million in taxpayer money every year to keep the seal slaughter going while amassing a stockpile of unsold seal pelts.