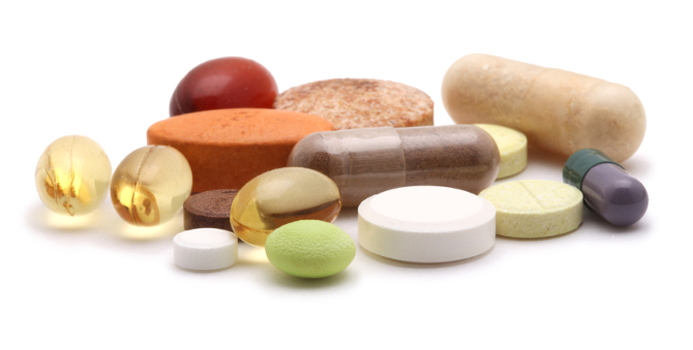 Most people who take dietary supplements assume the products are safe.

After all, if the vitamins, minerals, and herbs sold in health stores weren’t safe, it would be illegal to sell them — right?

What many people don’t realize is that the U.S. Food and Drug Administration (FDA), which regulates supplements, has limited power and resources to police the products that make it to store shelves.

The power the FDA does have comes from the Dietary Supplement and Health Education Act (DSHEA).

The law requires that supplement manufacturers file a New Dietary Ingredient Notification (NDIN) with the FDA at least 75 days before marketing any supplement that contains a new ingredient.

In theory, these notifications help the FDA identify safety issues in supplements with new ingredients before the products are available to customers.

Under the law, which passed in 1994, any ingredients that were already being sold in supplements at that time were “grandfathered” in.

Since manufacturers are only required to notify the FDA about “new ingredients,” the question of what qualifies as a new ingredient is an important one — especially when it comes to consumer safety.

The answer to that question, however, is more complicated than you might expect.

For example, should an old ingredient that has been sold in supplements for years be considered new if the manufacturer alters its chemical structure, such as by changing its solubility or particle size?

In 2011, the FDA created guidelines to help answer those questions, but the agency’s instructions were heavily criticized — by both the supplement industry and consumer advocates — and ultimately withdrawn.

“This revised draft guidance is an important step forward in the agency’s work to protect public health from potentially dangerous new dietary ingredients,” said Steven Tave, acting director of the FDA’s Office of Dietary Supplement Programs, in a press release. “Notification of new dietary ingredients is the only pre-market opportunity the agency has to identify unsafe supplements before they are available to consumers.”

The need for supplement safety

When new, potentially harmful ingredients make it into supplements without screening, the consequences for consumers can be serious.

Earlier this year, a team of researchers released a study that identified the drug oxilofrine in 14 out of 27 supplements they tested.

The drug has been reported to cause a range of negative health effects, from nausea and vomiting to tachycardia and cardiac arrest.

According to Consumer Reports, the drug is chemically similar to the active ingredients in ephedra, a supplement that was banned in the U.S. in 2004 after being linked to numerous fatalities, including the death of Baltimore Orioles baseball pitcher Steve Bechler.

Oxilofrine is used in some European countries to treat low blood pressure, but it has never been approved for use in the United States.

Several athletes, including Tyson Gay and Asafa Powell, have tested positive for oxilofrine after taking what they said were “natural” supplements — and faced temporary bans from their sports.
Oxilofrine is not natural, but it’s often labeled as methylsynephrine, which consumers may confuse with synephrine, a naturally occurring component of bitter orange.

The supplements in the study that tested positive for the drug were mainly marketed as weight loss and energy supplements.

Oxilofrine is just one example of a new, and potentially unsafe, dietary ingredient that could have been caught by the notification rules under the DSHEA.

Even though the notification rules have been in place for more than two decades, it appears that at least some supplement manufacturers haven’t been following them.

When the law was passed in 1994, the FDA estimates that there were about 4,000 different supplements on the market.

Today, the FDA reports there are more than 55,600 supplements available, with about 5,560 new products launched every year.

But fewer than 1,000 NDINs have been filed since the notification rules were enacted.

That doesn’t necessarily mean that thousands of new ingredients have been marketed without an NDIN, according to Duffy MacKay, N.D., senior vice president of scientific and regulatory affairs for the Council for Responsible Nutrition, a leading trade group for the supplement industry.

“The majority of those new products that have come to market are [things like] vitamin D from 700 different companies … Many of those formulas are just recombinations of old ingredients,” MacKay told Healthline.

Even so, at least some new ingredients, like oxilofrine, have been added to products without any notification to the FDA.

Part of the issue is enforcement. Both the supplement industry and consumer advocates have criticized the FDA for failing to act when the notification rules are not followed.

In the case of oxilofrine, it was only in April of this year that the FDA sent warning letters to manufacturers using the substance in their products.

Will supplements be safer?

The FDA’s new draft guidance is expected to help clarify when supplement manufacturers need to notify the agency about a new ingredient and what evidence they need to demonstrate that the ingredient is expected to be safe.

Toxicology studies, animal and human studies, scientific reports, and the history of the ingredient’s use can all be included to help establish safety.

An NDIN is an expensive undertaking, with a single toxicology study costing from $178,000 to $328,000, according a recent webinar from the Natural Products Association.

But McKay sees the FDA’s emphasis on scientific evidence as positive, both for consumers and for the industry.

“We owe it to our consumers to invest in the science,” McKay said.

He added that if every company in the industry followed the new guidance to the letter, new supplements would be quite safe.

“We need both the industry to be willing to comply and we need regulators to stop people who are not complying because that will really create a level playing field,” he said.

However, groups like the Consumers Union, the advocacy arm of Consumer Reports, argue that the new guidance doesn’t go nearly far enough to address existing problems in how supplements are regulated.

Manufacturers are able to sell products but have to report adverse events if customers end up in the hospital.

At that point, the FDA will sometimes take action to remove the product from the marketplace, Bell said, adding, “It’s sort of a situation where consumers are being used as test subjects by the industry.”

Consumer Reports has published lists of unsafe supplements over the past 20 years. Bell noted that few of those products have been removed from stores.

Moreover, new ingredients that the FDA has already rejected through the notification process sometimes still end up on the market.

“It’s ironic that consumers seek a natural product to take and it may be laced with chemicals and drugs and druglike substances,” Bell added.

The FDA is accepting comments from the public on the new draft guidance until October 11 before finalizing the guidelines.