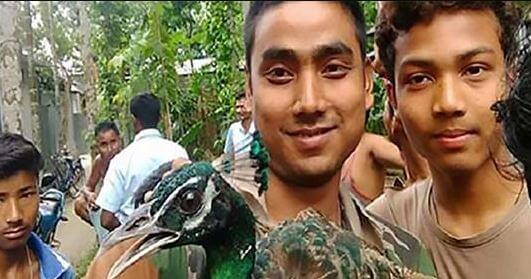 Yet another animal has died for the sake of a few selfies. This time, the victim was a stunning peacock.

The regal animal was calmly walking through Jalpaiguri in West Bengal, India, when people began grabbing the bird, handling him, passing him around, spreading his plumage apart so that it would show up better in photos, and yanking at his legs in an attempt to make him fan out his tail feathers.

Police officers attempted to rescue the bird, but it was already too late. He died in the police cruiser. Authorities and wildlife officials have launched an investigation.

This sad story is just the latest in a long, long list of animal fatalities caused by selfie-snapping social media users. Please leave wild animals in peace and take pictures of them from a safe distance. No animal should die for a few “likes.”