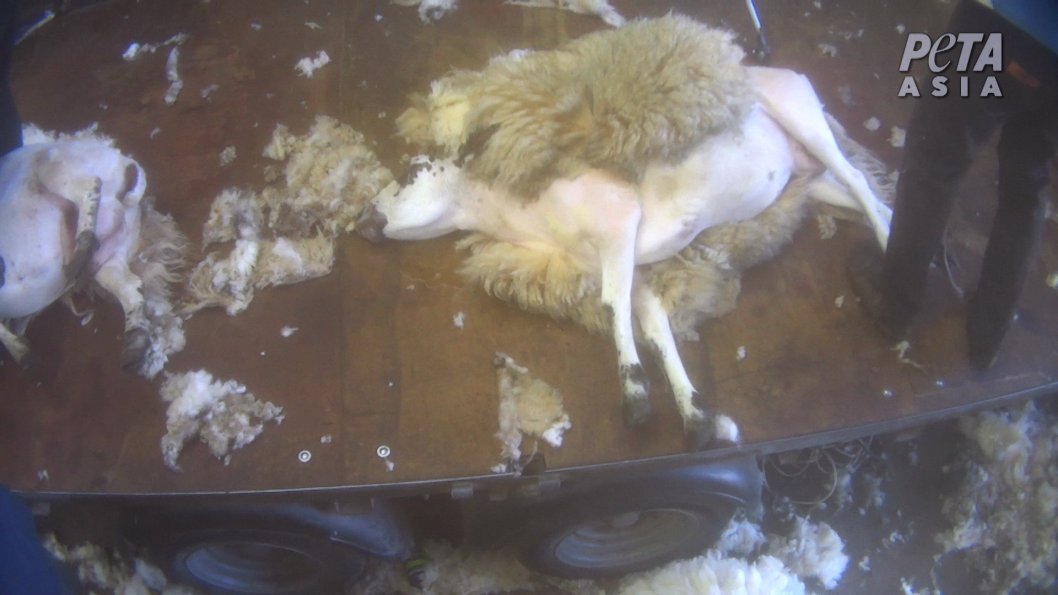 Everywhere that eyewitnesses from PETA Asia and its affiliates go, they see the same disturbing behaviour. PETA Asia has released eight exposés of 72 sheep operations on four continents, including in Australia, North America, and South America, where sheep were beaten, kicked, mutilated, and jabbed in the face with sharp metal clippers and lambs were even skinned alive.

It’s simple: The production of all wool – no matter where it originated or what “ethical” or “responsibly sourced” claims are made on its label – spells extreme suffering and death for millions of gentle sheep and lambs.