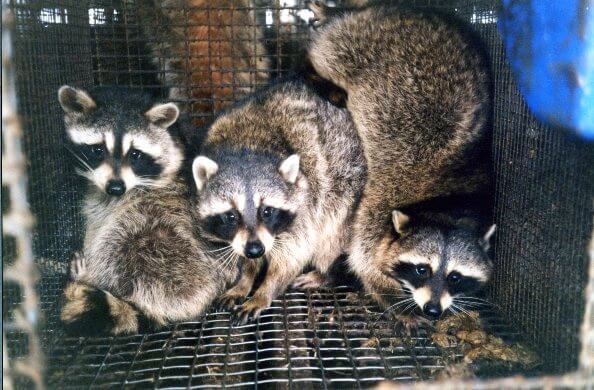 We’ve known for a while now that Burberry sucks. While top designers such as Donatella Versace, Donna Karan, and John Galliano are ditching fur, Burberry has yet to renounce the animal-derived material. But just when we think the British fashion label couldn’t get any worse for animals, it proves us wrong. New reports claim that in the last five years alone, it has burned more than 90 million pounds of unsold items—including ones made with fur and other animal-derived skins.

Burberry burns millions of dollars of clothes to stop them from being sold at discount prices https://t.co/CE0gK0xg5k pic.twitter.com/TasjG3gkeV

You might be asking yourself, “Why would a company deliberately destroy its own products?” Brace yourself … Burberry’s justification is less than reasonable—it’s to protect its product line. That’s right—if Burberry can’t sell its items, it has decided that no one can. Folks are understandably calling on the fashion company to scale back production—but we’re taking things a step further.

What Animals Have to Do With It

Regardless of the undeniable suffering experienced by animals killed for clothing, Burberry refuses to stop using fur, wool, mohair, down feathers, leather, and exotic skins. Animals used and killed for their skins are raised in some of the worst conditions imaginable, and they endure horribly painful deaths. For example, animals killed for their fur are often anally electrocuted and drowned so as not to damage their fur.

Let’s be clear—if Burberry didn’t incinerate its products, that wouldn’t make the company’s continued use of animal skins acceptable. But the fact that folks aren’t even buying these products makes its executives’ rationale even more mindboggling. Burberry is literally setting fire to items that cost animals their lives. The company must shift its production practices—anything other than a “no waste, no animal suffering” policy is unacceptable.

Do It for the Environment

Burberry clearly cares about protecting its product line, but what about protecting the planet? The company is wasting resources and increasing its environmental footprint exponentially—but it’s not all because of its clothing bonfires. Leather, fur, wool, cashmere, and other animal-derived materials don’t just cause animals to suffer needlessly—they pollute the planet and endanger workers’ health. The groundbreaking “Pulse of the Fashion Industry” report released last year by the nonprofit Global Fashion Agenda and the Boston Consulting Group found that three of the four most environmentally damaging materials are derived from animals.

Not only is #vegan leather in fashion, it's #CrueltyFree, AND easier on the planet 👉 https://t.co/nf9OQI4BvH #LeatherIsDead pic.twitter.com/IvwLEaUgvz

Click here to learn more about sustainable fashion and what you can do (and what Burberry should do) to have less of an impact on the planet.

Burberry is stuck in the Dark Ages. Scaling back production and adopting cruelty-free fashion alternatives are completely possible, yet the company refuses to comply. But you can make a difference—refuse to shop at Burberry until it starts showing concern for our planet and its inhabitants and urge all your friends and family to do the same:

Urge Burberry to Have Compassion

Our Guide on How to Wear Vegan