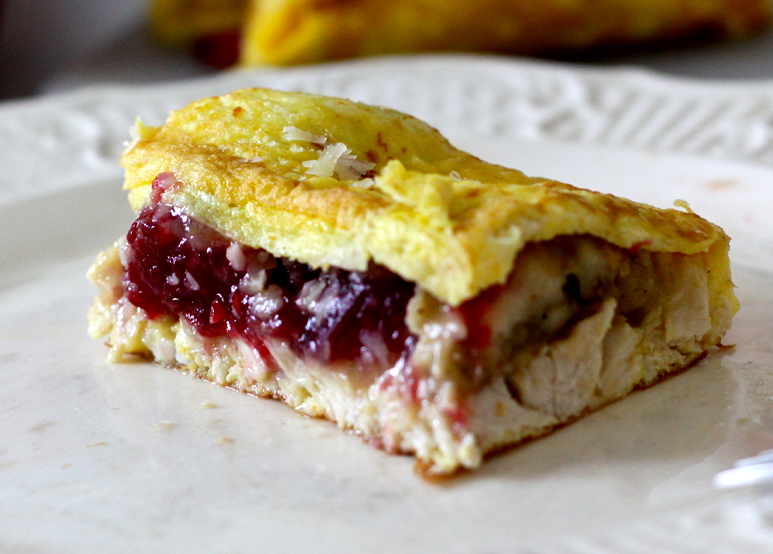 Melt 1 teaspoon of butter in a medium skillet over medium heat. Add cinnamon, sugar and apple; cook about 5 minutes, stirring occasionally, until tender. Stir in bacon. Reduce heat to medium-low; cook and stir about 2 minutes. Remove from heat. Stir in walnuts and syrup.

In a medium bowl, mix eggs and salt until well blended. In a medium skillet melt 2 teaspoons of butter over medium heat. Pour half of egg mixture into skillet. Cook about 1 minute, lifting edges occasionally to allow uncooked egg to flow to bottom of skillet, until mixture begins to cook around edges. Reduce heat to medium-low; cover and cook about 5 minutes or until set. Spoon half of filling over half of omelet; fold other half of omelet over filling.