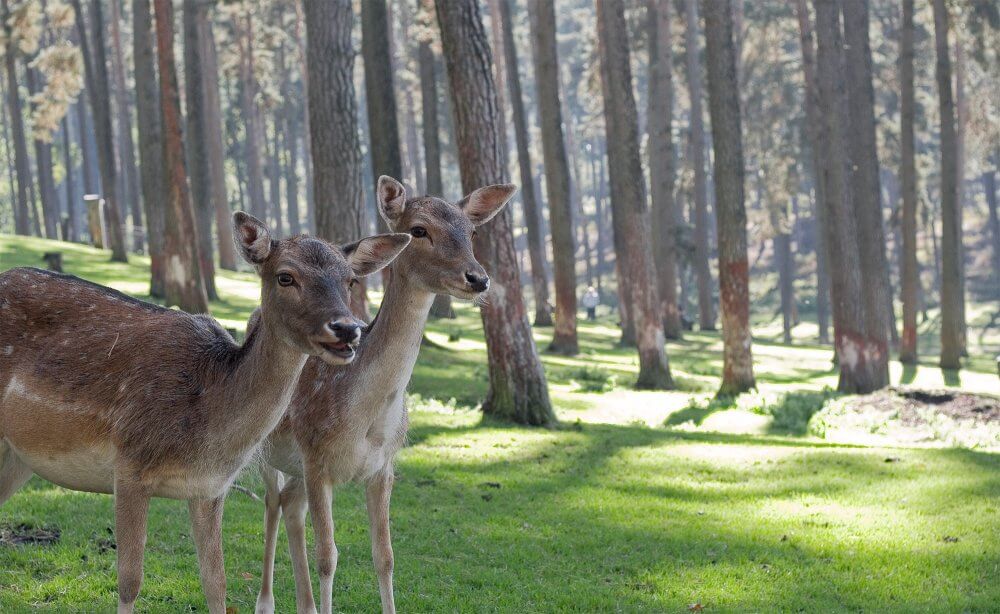 Despite an ongoing public outcry, officials in Lakeway reportedly have once again hired a contractor to lure deer into traps made of netting and then truck them 80 miles away to be shot in the head and butchered. Lethal initiatives like this tear wild families apart, leaving young or weak animals vulnerable to prolonged and agonizing deaths from starvation and dehydration. And they are notoriously inhumane, as every minute trapped—particularly when humans are in close proximity—is a terrifying eternity for these easily frightened prey animals, who can badly injure themselves in their frantic attempts to escape. On March 8, Citizen Advocates for Lakeway Deer captured nightmarish footage, reportedly taken in Lakeway, depicting deer thrashing around and screaming inside nets and then being dragged away.

Please urge the following officials to end this sadistic program and provide them with these humane deer-control tips. Then, forward this alert to everyone you know. While personalized messages work best, you can use our sample letter below as a guide.

Please also e-mail the members of the Lakeway City Council by pasting the following block of addresses into the “To” field of your e-mail message:

Body:
I was just horrified to see recent video footage reportedly captured in Lakeway on March 8. It shows deer thrashing around and screaming inside nets and then being dragged away. They are apparently victims of the city’s ongoing lethal initiative intended to reduce local deer populations. I’m dismayed that Lakeway insists on allowing this to continue, despite clear evidence showing how inhumane and ineffective these methods are. Why would the city choose to continue with this cruelty, despite a continued public outcry, when humane wildlife-exclusion methods are readily available?

Respectfully, Lakeway residents are calling on you to end the deer-trapping program, conduct a census of the deer population, and implement humane alternatives. I stand with your constituents on this issue. Please, halt the trapping and slaughter.

Thank you for your consideration!