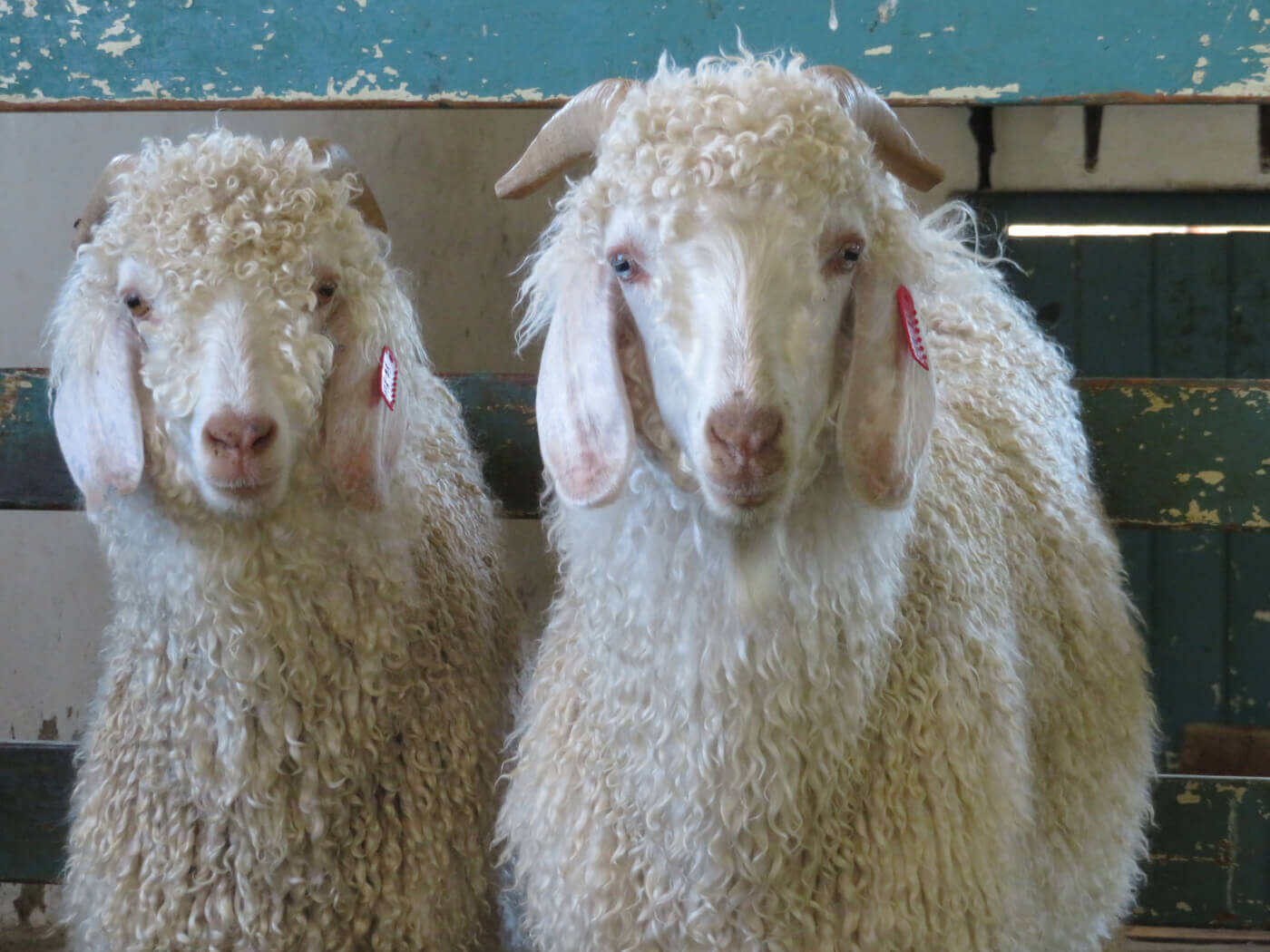 After PETA urged Diane von Furstenberg (DVF) to ban mohair, the New York–based luxury clothing company joined the more than 240 brands worldwide that have pledged not to sell the cruelly obtained material.

VICTORY! 👏 @DVF has joined more than 240 brands that have dropped cruel mohair after seeing PETA's exposé. @LEVIS needs to do the same. pic.twitter.com/nFoNickXKl

The move from DVF—a high-end fashion brand with a global distribution network in more than 70 countries, including 111 stores throughout North and South America, Europe, the Middle East, and the Asia-Pacific region—follows PETA’s first-of-its-kind video exposé of the mohair industry in South Africa, which is the source of more than 50 percent of the world’s mohair.

Baby goats cried out in fear and pain as they were sheared for mohair sweaters and scarves.

The exposé shows that shearers—who are paid by volume, not by the hour—worked quickly and carelessly, leaving angora goats with gaping wounds. Workers then roughly stitched the animals up without giving them any pain relief. And unwanted goats died in agonizing ways: One worker slowly cut their throats with a dull knife while they were fully conscious and then broke their necks, hacking one animal’s head off. Others were hauled to a slaughterhouse, where they were electrically shocked, hung upside down, and slashed across the throat.

PETA has asked law-enforcement agencies in South Africa to investigate and file charges, as appropriate, for potential violations of that country’s Animals Protection Act, 1962. An investigation is underway.

DVF has joined the growing list of fashion brands that recognize that today’s shoppers don’t support cruelty to animals. Other brands that have banned mohair include Gap, Banana Republic, H&M, Topshop, UNIQLO, Overstock.com, and Zara, among dozens of others.

Like goats abused for mohair, sheep are mutilated, kicked, stomped on, and beaten for their wool. Click the button below to tell Express and Forever 21 to stop selling wool today.