Every year, it seems that people need to be reminded that dogs suffer and die after being left in hot cars. Their deaths were agonizing but would have been entirely preventable if their guardians had remembered never to leave animals in parked cars. Mild weather can be misleading—the temperature outside might be a lovely 78 degree farenheit / 25 degree celcuis day, but the temperature inside a parked car can soar to 100*F / 38*C in just minutes, and on a 90-degree farenheit / 32 degree celsius day, the interior temperature can reach as high as 109*F / 43*C in less than 10 minutes.

Dogs can’t cool themselves by sweating as humans can—their only relief from overheating is by panting—which isn’t effective when they’re trapped in a car with only hot air to breathe.

That’s why dogs should never be left in parked cars for any amount of time. Check out these ads from celebs who’ve teamed up with PETA to spread the word that hot cars kill.

The Shameless star points out that if a negligent dog owner runs in somewhere even “just for a minute”—leaving the animal trapped—death could come knocking on the car door. 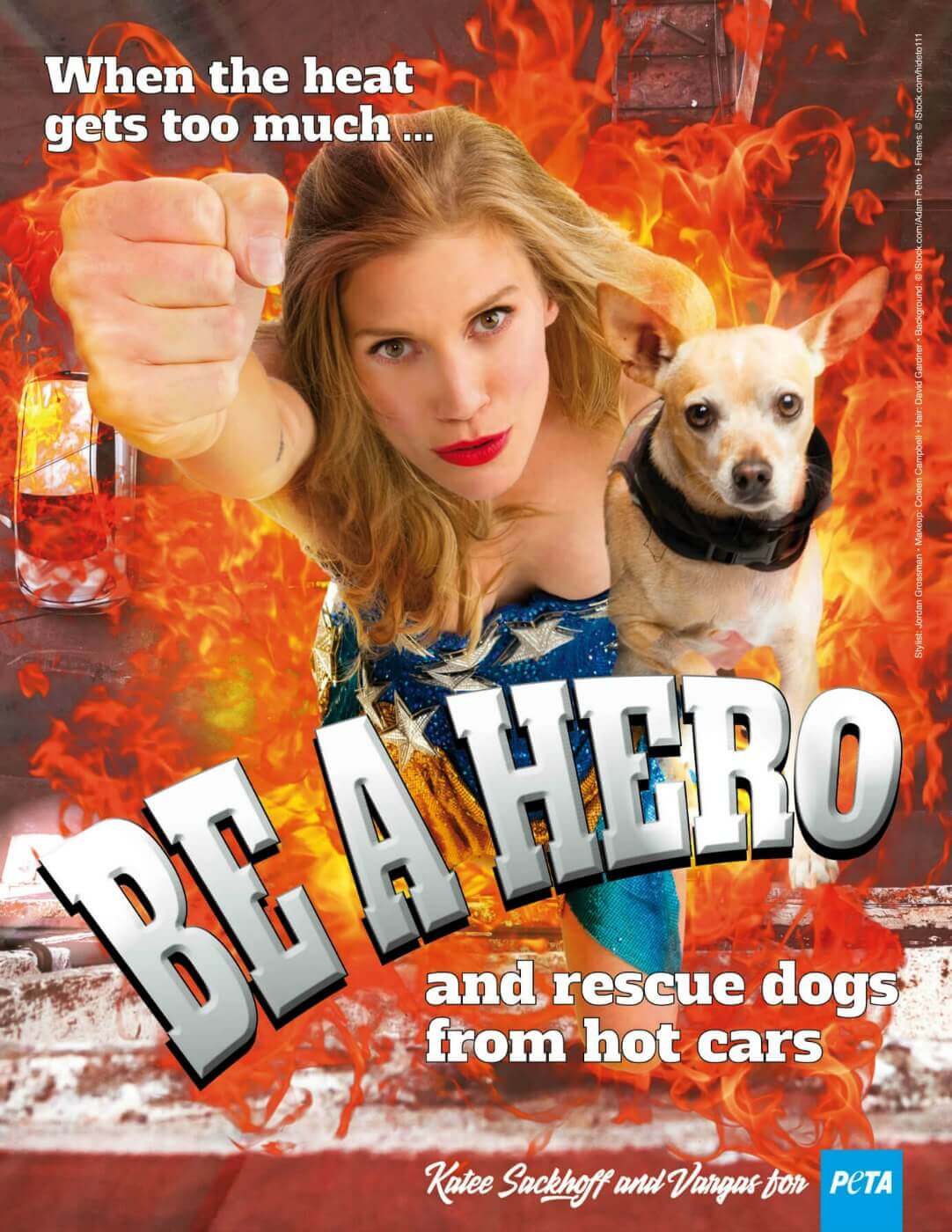 The Italian supermodel and Dancing With the Stars alum is hot as hell in a video showing why your dog should never be left in a hot car.

Orange Is the New Black star (and Arizona native) Kimiko Glenn knows all about hot cars and why you should never leave a dog in one—even with the windows partially rolled down. 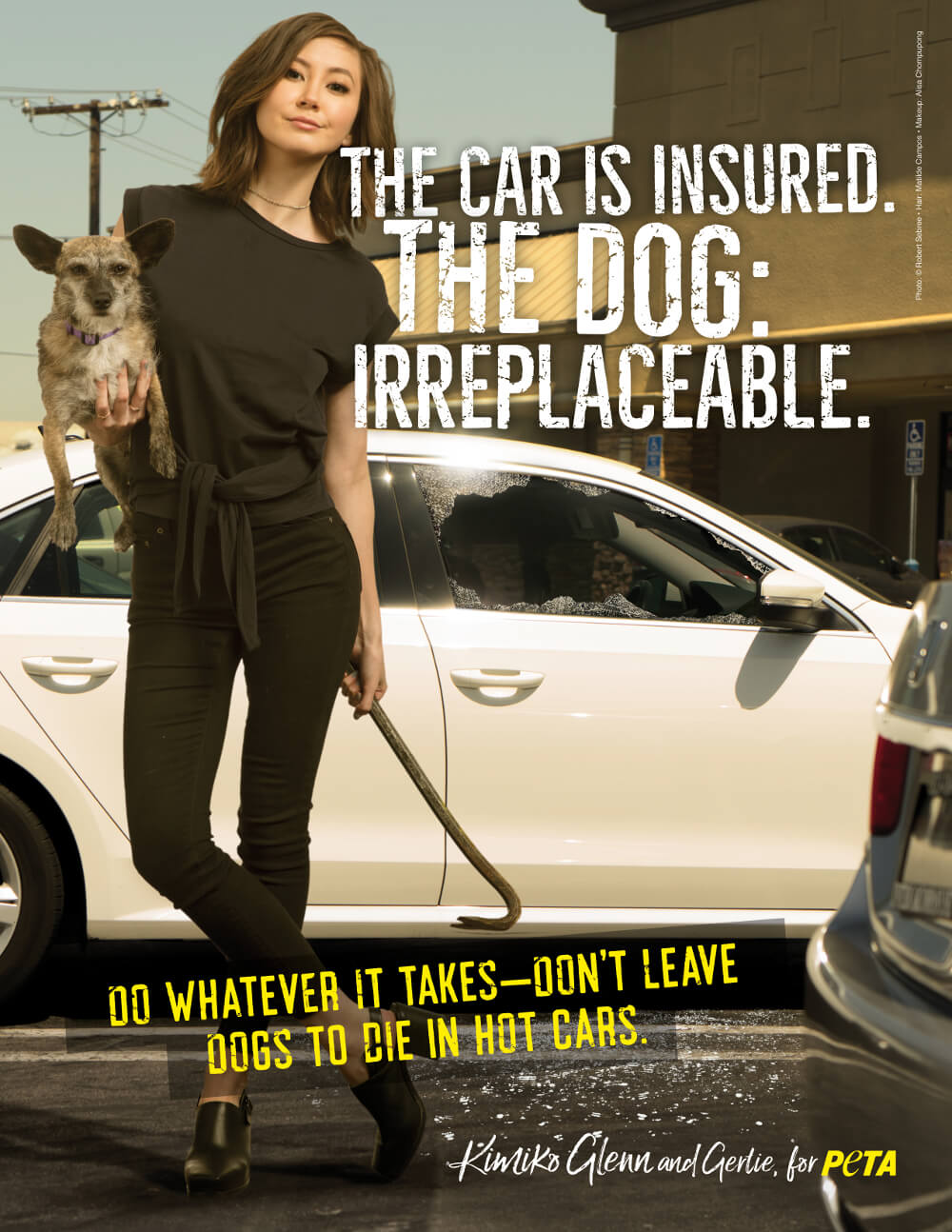 The man who has made his opinion known for many years also made sure to share his thoughts about people who leave their pups in sweltering vehicles.

The young actor reminds us all that what’s true for children is also true for animals: They should never be left in hot cars.

The Jessica Jones star’s stunning ad broke the mold—and the window—to make the point that we should do “whatever it takes” to save a life. 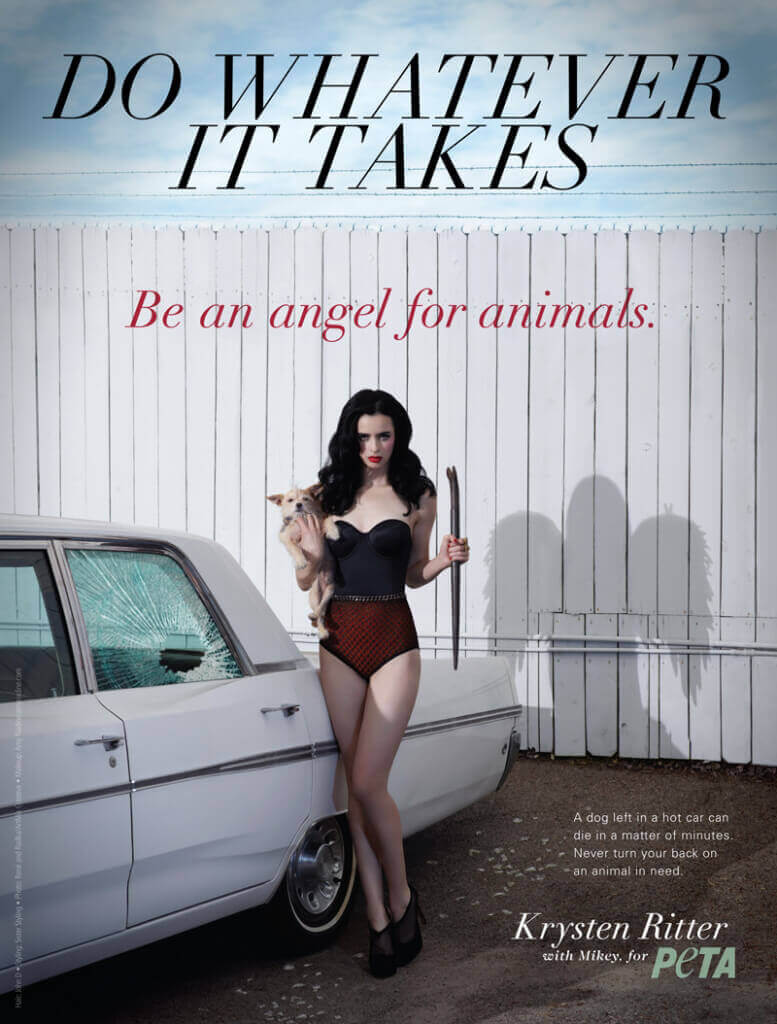 The singer and Broadway star (with pup Norma Jean) spoke up about the way dogs suffer, even in the shade.

If you see a dog left in a hot car, every second counts, so act fast. Take down the car’s color, make, model, and license-plate number. Have someone keep an eye on the dog, have the owner paged in the nearest buildings, and call local humane authorities. If you can’t find the owner and authorities are unresponsive or too slow—and the dog appears to be in imminent danger—do whatever it takes to remove the suffering animal from the car. Get the dog into shade as quickly as possible, reduce the animal’s body temperature with lukewarm water, and immediately call a veterinarian.

Make sure that your family, friends, and neighbors know not to leave dogs in hot cars ever!