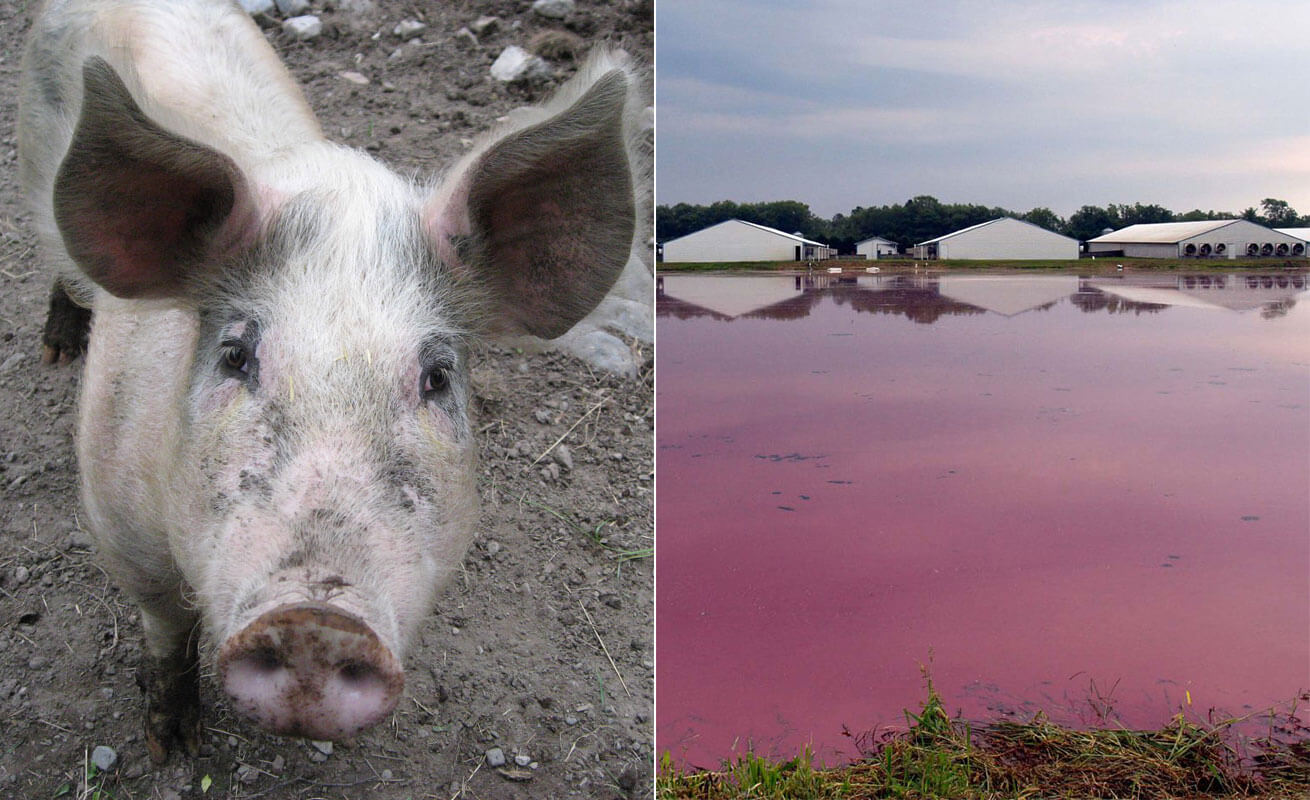 North Carolinians are, of course, concerned about the massive amount of water being dumped on their land as Hurricane Florence moves across the state. But the storm is threatening to dump far more than water—billions of pounds of pig feces could cover the state, too.

Hurricane Florence is tracking to inundate North Carolina’s massive pig manure lagoons. That could be a mess. https://t.co/p5l4uKGIbW pic.twitter.com/zbhx1aMI42

Animal agriculture is huge in North Carolina. It’s home to farms like Murphy-Brown LLC, which artificially mass breeds pigs and gives them to infamous corporate giant Smithfield Foods. Large numbers of pigs are killed in the state (second only to Iowa), along with chickens and other animals raised for food. And guess what? Just like humans, animals poop. A lot. Every year, U.S. animal farms produce 100 times more waste than the entire population of the nation.

North Carolina harbors this waste (about 10 billion pounds a year) in thousands of lagoons scattered throughout the state.

“Florence’s path includes the two counties, Duplin and Sampson, with the highest concentration of pork production in a state that produces a lot of pork. North Carolina has 9.7 million pigs, producing almost 10 billion gallons of manure annually.”https://t.co/lqrjDJMYnh pic.twitter.com/U4GJQR8K6E

These lagoons are now in serious danger of overflowing. Farmers are leaving pigs to die when they evacuate, and their rotting corpses and feces are likely to threaten drinking water sources and human lives.

Vegan eating could have prevented all this—the waste, the overflow, the runoff, the threat to human health, and the deaths of countless pigs.

To help save the planet and all its inhabitants, we must change the way we eat.

Living vegan can do so much good. If you want to fight climate change, save hundreds of lives every year, be healthier, and live a more compassionate life, being vegan is the way to go—and we’re here to help. Click below to get started on your journey: