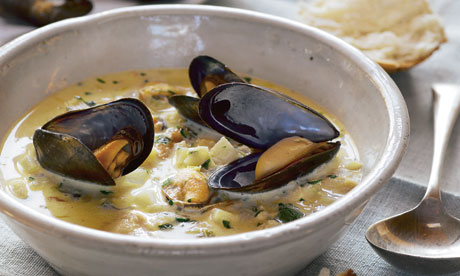 We went “yard selling” twice this last weekend. On Friday we went to Twin Falls and on Saturday, we went to the yard sales in our little berg, The Trout Capital of the Universe.

We partake of some of that trout each year at the Annual Fish Fry put on by a local Boy Scout troop. My wife and I collect the tickets and money at the door from others that have decided that fried trout is better than cooking dinner. The scouts serve us trout while we are giving them a hand with the affair.

This year, I tried to get some folks to buy a flagpole so I could give those profits to the scouts too, but nobody was thinking about flagpoles, they came for trout.

One thing I miss in Idaho is seafood. The closest you can come to seafood is at the Sizzler® in Twin Falls. They have salmon and you can buy little skewers of shrimp to go with it. Somehow that is not the same as a good seafood restaurant in Cape May, New Jersey or Philadelphia. We don’t even have a Red Lobster®.

You also can buy fresh crab meat at the local grocer on rare occasions. When it is available, I grab a few packages and toss them in my freezer for later use. I’m addicted to crabmeat omelettes.

On Saturday, I was chatting with a lady at her yard sale when she said, “It’s Saturday so everything is half-off. I had looked at a bottle of spice and put it back down because it cost a buck which is against my yard-sale religion’s price-for-spices.

When she said that it was half-off I grabbed the bottle and gave her the four-bits.

The spice is Beau Monde Seasoning from Spice Island®. On the label it says that you can add it to dishes like oyster stew to increase flavor instead of adding salt. I read the label and it is salt with sugar added as dextrose, onion, and celery seed, and tricalcium phosphate.

As that may be, the words oyster stew put me in a trance.

My wife, who always knows what I’m thinking, said, “You might be able to get some oysters at the local market.”

I rushed right over there, not expecting to find fresh oysters or anything that resembled fresh oysters, but there might be a substitute.

Our little grocery store had only canned oysters. The cans were identical in size, about half the size of a can of corn, and the store brand was 10 cents cheaper than the other two brands. Reading the labels I decided they probably all came from the same factory in Korea. I bought the red can because I thought it was pretty. Also, the oysters were already boiled.

That is called scientific analysis.

The oysters were sort off slimy looking, some had a greenish color, but they were oysters all right.

They were not like the pretty oysters that come in jars that you can buy in Twin Falls at a large market.

Anyway, here is my recipe for Oyster Stew.

1 can of chicken broth

1 can of creamed soup (I wanted to use cream of mushroom but when I got home from the store I found that we were fresh out. I used creamed broccoli soup with cheese. I thought that would be too strong a taste for the oysters but I was wrong. Don’t add a can of water or milk with the soup.)

1 can of boiled oysters. If you buy fresh or other uncooked oysters I suggest you fry them with a little butter and a clove of garlic first. It will only take a minute or so. (Don’t buy canned oysters if you can get the real thing. Canned oysters taste good but they are a bit too slimy for me, at least the ones I bought.)

1 can of sliced potatoes

Dewater all cans except the soup and chicken broth, of course.

Chuck everything in a pot and bring to a boil. (Sure you can throw in a clove of garlic if you like.)

I found that there was no need to age this oyster stew. The flavor was there from the start.

I ate the whole thing in two sittings.