Switzerland has made it illegal to throw live lobsters into boiling water. They and other crustaceans must now be stunned and “comfortably numb” before they’re killed. The ban is part of the Swiss government’s efforts to improve the country’s animal-protection laws.

Legislation protecting lobsters and other crustaceans is beyond overdue. PETA videos show live lobsters’ limbs torn off while they’re still conscious and chefs splitting open their backs, applying butter and salt, and thrusting them under the grill. And when they’re plunged into scalding-hot water, they can be seen writhing wildly and scraping at the sides of the pot in a desperate attempt to escape. To anyone in a civilized society, this legislation makes sense.

Switzerland leaves US in dust requiring lobsters be unconscious before cooked: PETA videos show live lobsters’ limbs torn off while their split open backs are salted and peppered before being thrust under the grill. https://t.co/IpYdLC2bz7

Contrary to claims made by seafood sellers, scientists have determined that lobsters, like all animals, can feel pain. When kept in tanks, they may suffer from stress associated with confinement, low oxygen levels, and crowding. Most scientists agree that a lobster’s nervous system is quite complex. “[T]he lobster has a rather sophisticated nervous system that, among other things, allows it to sense actions that will cause it harm,” said invertebrate zoologist Jaren G. Horsley. “[Lobsters] can, I am sure, sense pain.” 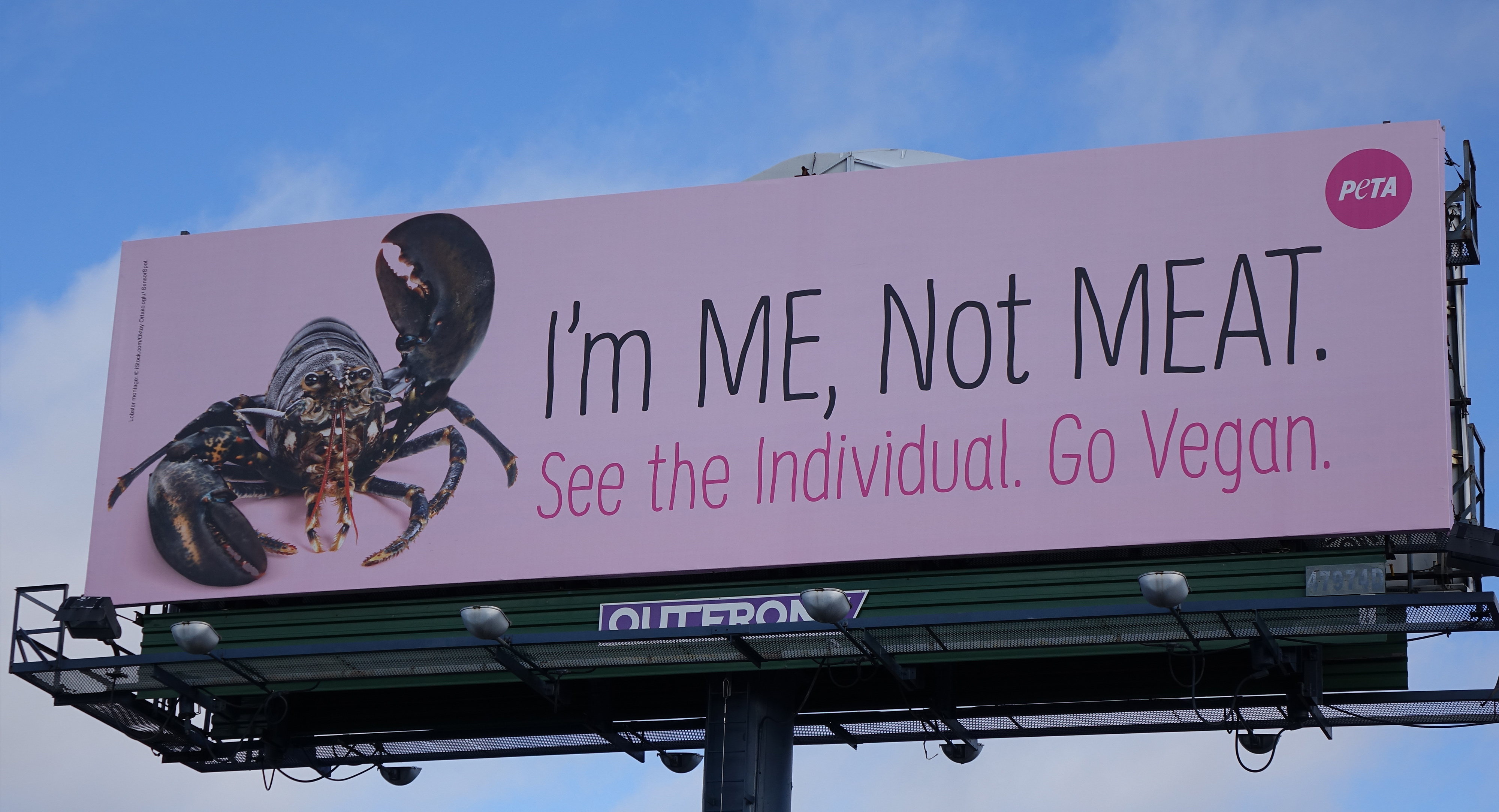 Footage from a shocking eyewitness exposé at the processing plant of Linda Bean’s Maine Lobster, then operated by the L.L.Bean heir, shows just how cruelly these animals were treated and how severely they suffered:

Switzerland isn’t the first country to give lobsters protective rights. In June, Italy’s highest court ruled that they can’t be kept on ice “because it causes them unjustifiable suffering before they head for death by fine dining.”

While this may end one of the cruelest methods of killing these fascinating beings in Switzerland, there are no laws protecting them from being boiled alive in other countries—including the U.S. The best way to help all animals is to leave them off your plate and choose vegan foods instead. Try delicious faux-fish recipes, and order your free vegan starter kit today: