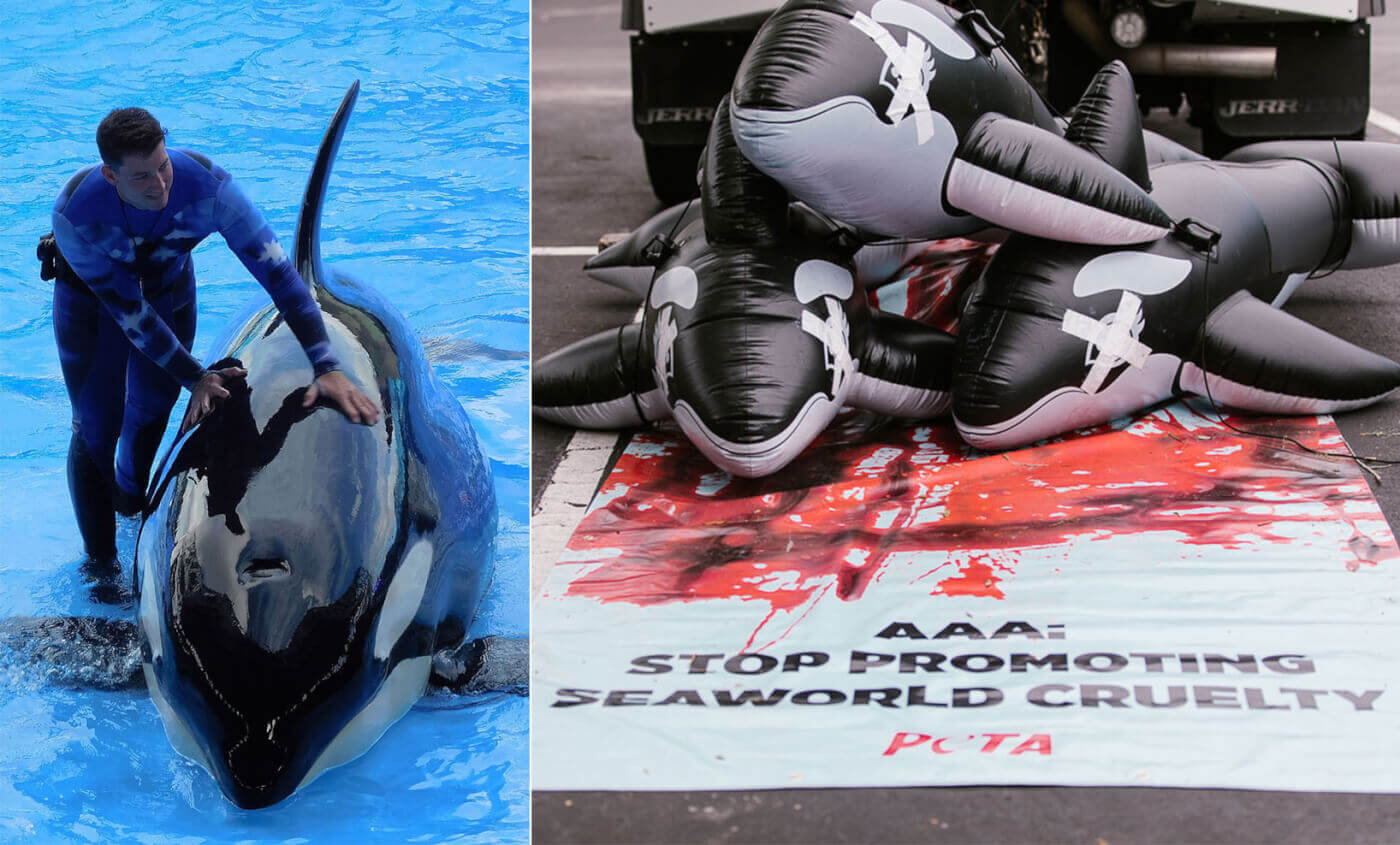 Help the Orcas—Urge Companies to Sever Their Ties With SeaWorld

From its history of abducting orcas and other marine mammals from the ocean to its captive-animal breeding program and imprisonment of countless beings, subjecting them to a lifetime of deprivation, SeaWorld proves every day just how much it truly sucks. How, then, is a company with such a lousy reputation able to stay afloat? Despite the major victories that PETA has helped to score for captive animals at SeaWorld—like helping to end the company’s orca-breeding program—the parks are still open. This is thanks, in part, to companies that continue to promote the marine abusement park.

Taking action for animals trapped at SeaWorld has never been easier.

Blackfish was released more than four years ago. The video footage above was taken more than a year ago. Yet orcas at SeaWorld continue to swim in endless circles and break their teeth by gnawing in frustration on the concrete corners and metal bars of the tiny tanks. While orcas are no longer bred there, other dolphins and other animals are still being impregnated, sometimes forcibly after being drugged. Meanwhile, the death toll at SeaWorld’s parks continues to climb—more than 40 orcas and hundreds of other animals have died there, many of them prematurely. Will you help put a stop to this?

Many of the businesses that still promote the park listen to feedback from their patrons and the public, which means that we need your help to let them know that what they’re doing is wrong. In addition to boycotting SeaWorld and calling on the marine park to empty its tanks, tell these companies that animal abuse is a very serious issue to you and urge them to end all affiliations with SeaWorld.

There are multiple opportunities to help. As soon as you take one action below, another will appear in its place. After you enter your information, just keep clicking “Send Message” to make sure that your voice is heard. Once you’ve taken every action, share this page with your friends and family members. Encourage them to add their voices in order to help save these animals from further abuse: