Norway is introducing a total ban on fur farming, according to a statement released by the Norwegian animal rights organisation NOAH this weekend. The country is currently home to 300 fur farms, which breed and kill 700,000 minks and 110,000 foxes every year, so this is truly a massive victory for animals. 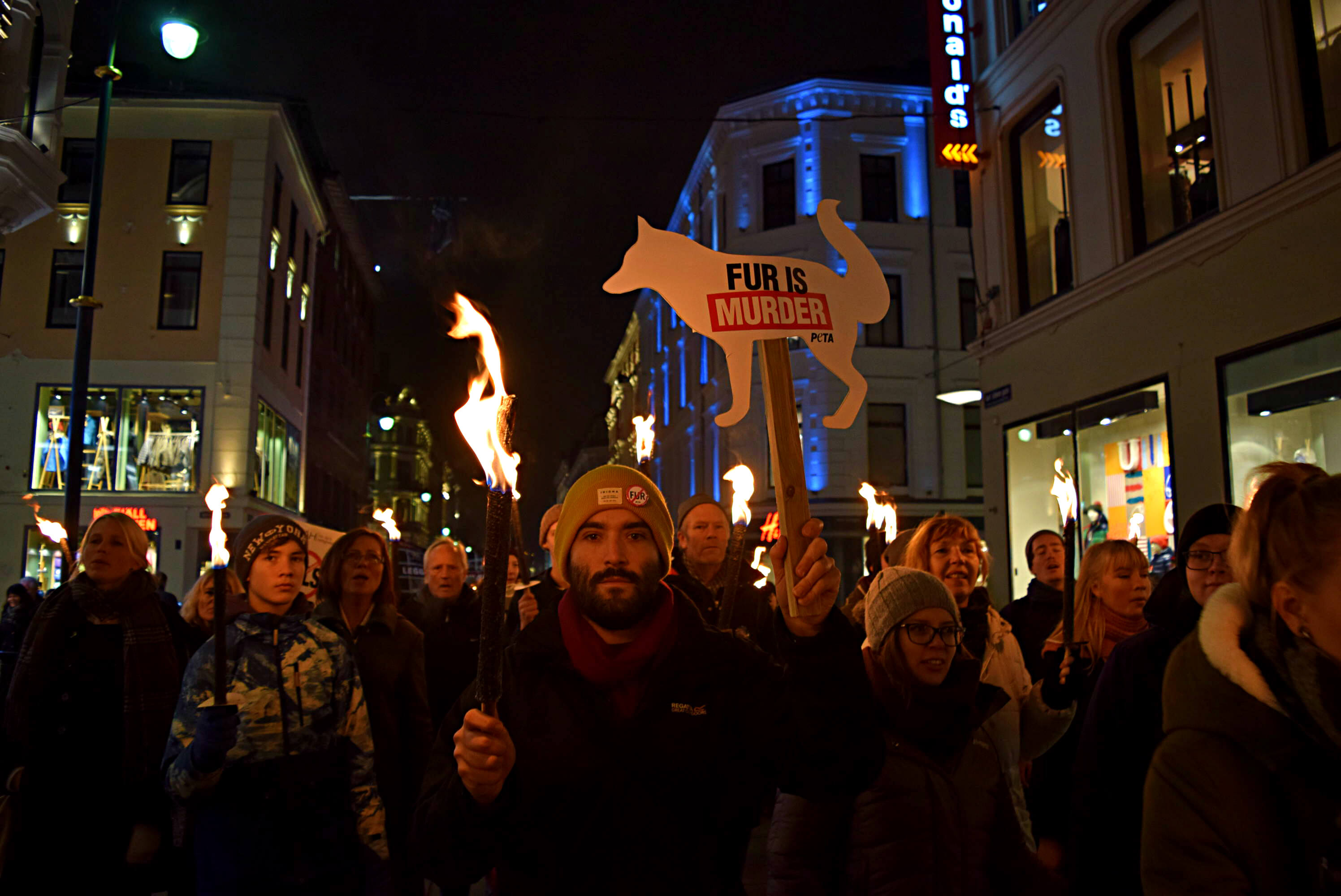 Animal rights activists in Norway have been campaigning for a ban for years. In 2016, NOAH organised Europe’s largest-ever anti-fur protest, during which more than 13,000 people marched through the streets of Oslo and other Norwegian cities. Many PETA supporters were also there to help spread the fur-free message.

Although the full details of Norway’s ban have yet to be finalised, all fur farms in the country will reportedly be required to shut down by 2025.

Fur farming has been banned in the UK for over a decade but remains legal in Ireland, where more than 150,000 minks are gassed and skinned every year. Please write to the Irish Minister for Agriculture today to ask him to put an end to this cruel industry.