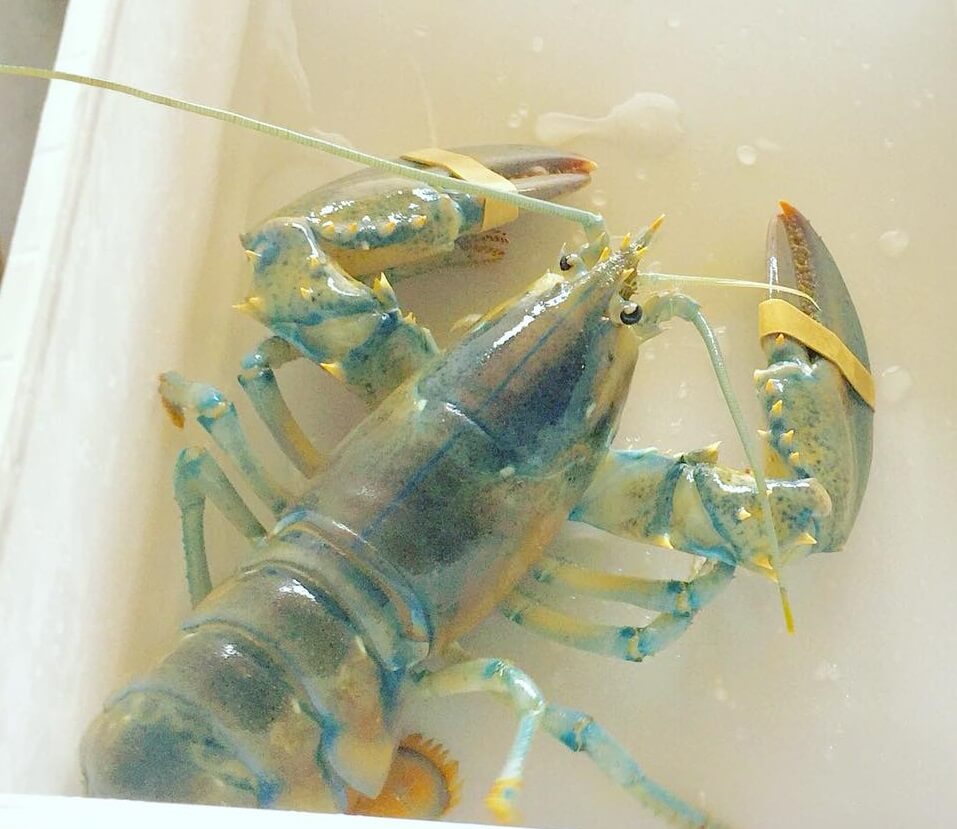 Whether your skin is black, white, brown, or blue and whether you have skin, fur, feathers, fins, or a hard shell, when it comes to consciousness and the ability to feel pain and joy, we are all the same.

So when a chef from a restaurant in Portland, Maine, deemed a rare blue lobster “just too interesting to cook” and prevented the animal from being boiled alive, any rational person has to ask, shouldn’t all lobsters receive the same treatment?

PETA wrote to Fred Eliot, an executive chef at Scales Restaurant, and thanked him and his team for freeing the “cotton candy” lobster, named Blue Betty by patrons and staff. Co-chef Travis Olson personally rowed Betty back to her home in the sea in his homemade boat.

While we had Eliot’s attention, we urged him to honor Betty by adding a vegan lobster entrée to Scales’ menu. We offered our help with recipes for a house-made vegan lobster dish and noted that PETA could also put him in contact with some fabulous vegan food suppliers. That way, folks like us—who believe all lobsters deserve to be left peacefully alone in their homes—could still enjoy a nice dinner at this establishment.

All lobsters value their lives and do their best to escape from pain and torment.

Lobsters—no matter their color, size, or sex—enjoy companionship, develop relationships with each other much as humans do, and even show affection by holding “hands.” They experience pain just as all people do.

Lobsters are AMAZING. Please leave them off your plate. pic.twitter.com/1PNjz0ykdC

Anyone who has ever killed lobsters by boiling them alive will tell you that the desperate beings thrash around wildly and scrape at the sides of the pot. Because of this, attitudes about boiling or broiling lobsters are changing all over the world. Switzerland recently banned the practice of killing lobsters without stunning them first, and Norway and New Zealand have implemented increased protections for them.

You can save plenty of animals right now (with or without a rowboat) by going vegan!

By simply leaving animals and their body parts off your plate, you’ll save nearly 200 animals a year from enduring a cruel, senseless death.

Click the button below to order a free vegan starter kit that’s filled with recipes, shopping tips, and everything else that you’ll need to start your vegan journey.