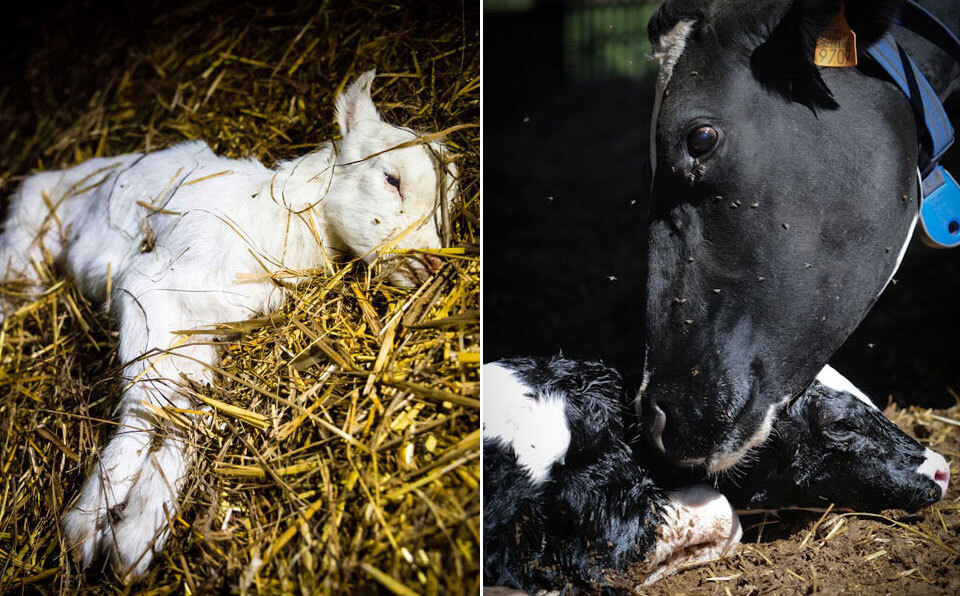 Scott Gottlieb, the U.S. Food and Drug Administration (FDA) commissioner, said yesterday that the agency intends to enforce the definition of “milk” as the mammary secretions of an animal—a proposal that PETA fully supports (because, really, who wants to drink that?).

PETA supports the FDA’s proposal, because healthy soy, almond, coconut, oat, hemp, hazelnut, and other beverages deserve to be distinguished from the cow, goat, and camel milk that are linked to suffering from prostate cancer, obesity, acne, and mucoidal infections as well as hideous cruelty to animals.

Let’s be explicit: “Milk” is a four-letter word as long as it’s used to mean the udder secretions of mothers whose babies are stolen from them by the greedy dairy industry.

The lack of enforcement around the term “has been a little bit of a bugaboo to the dairy industry. But we do have a standard of identity, and I intend to enforce that,” Gottlieb said in Washington, D.C. Well, commissioner, the dairy industry can have “milk.” We don’t want it—who really does?

What is the dairy industry actually upset about?

The dairy industry seems awfully protective of the four-letter word—but what’s the real “bugaboo” here? What has really got dairy industry folks’ goat (sorry) is the rapidly declining sales of milk and other dairy “products.” According to reports, U.S. dairy sales are expected to drop 11 percent by 2020, and we think that’s a conservative estimate. Researchers believe the decline has to do with consumers’ growing awareness of just how unhealthy cow’s milk can be for humans and their desire for other options.

Meanwhile, vegan beverage sales are going through the roof. Plant-based drinks derived from soy, almonds, coconut, and other animal-friendly sources are increasing rapidly in consumer popularity, according to Mintel.

The dairy industry can have its four-letter word and plummeting sales. We’ll be over here, sipping our soy lattes, basking in the satisfaction of knowing our drinks are cruelty-free. Let cows and other animals keep their milk—click below to start living vegan, today and every day: