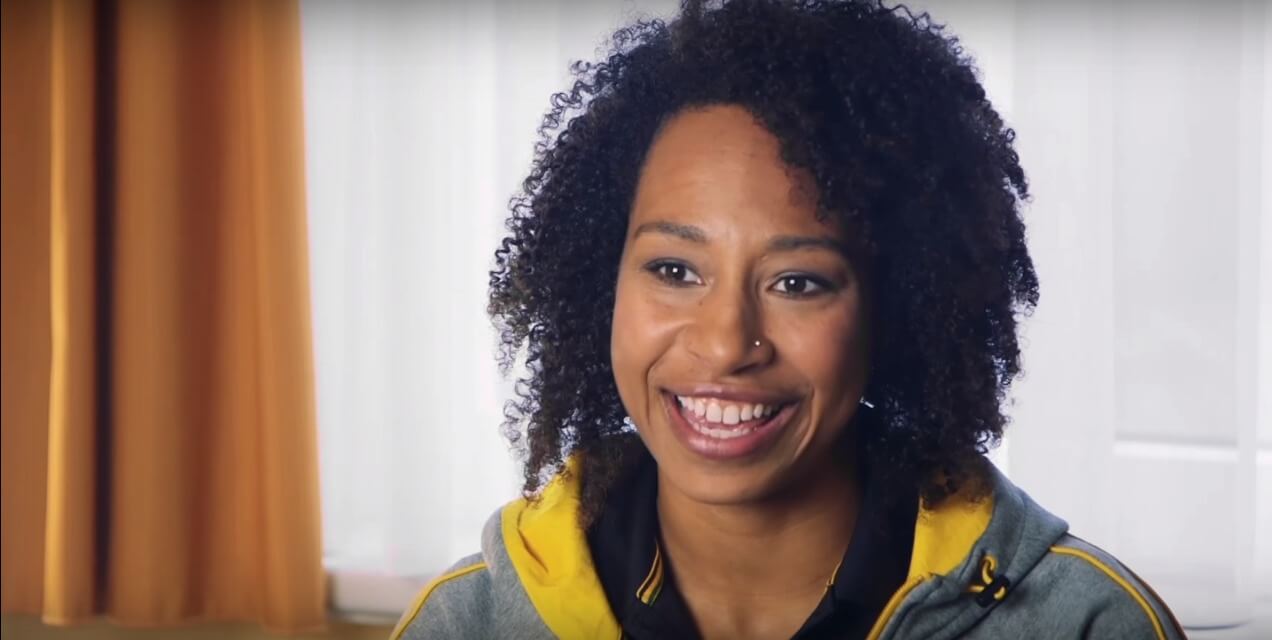 Olympic bobsledder Jazmine Fenlator-Victorian understands that all species deserve respect and equality. When she saw countless stray dogs during the 2014 Winter Olympics in Sochi, Russia, she knew she had to inform people that dogs should always be treated like family members. So she teamed up with PETA for a new video about the importance of keeping dogs safe and indoors. Take a look:

Jazmine competed in the 2014 Winter Olympics as a member of the U.S. women’s bobsledding team, but at the 2018 Olympic Winter Games in PyeongChang, she made history by opting to represent her father’s home country, Jamaica. This is the first time that a Jamaican women’s bobsled team will compete, and Jazmine has used the opportunity to speak out in the media about diversity in the sport as well as animal rights.

Watch Jazmine get real about what makes change happen:

Dogs love their guardians unconditionally—and deserve the same level of devotion that they extend to us. Animals should never be neglected, whether it’s leaving them outside to fend for themselves, chaining them up in a yard, or leaving them behind in emergencies. Learn more about caring for dogs.

You can also speak up for animals in need. Pledge to take action whenever you see neglected or abused “backyard dogs.”