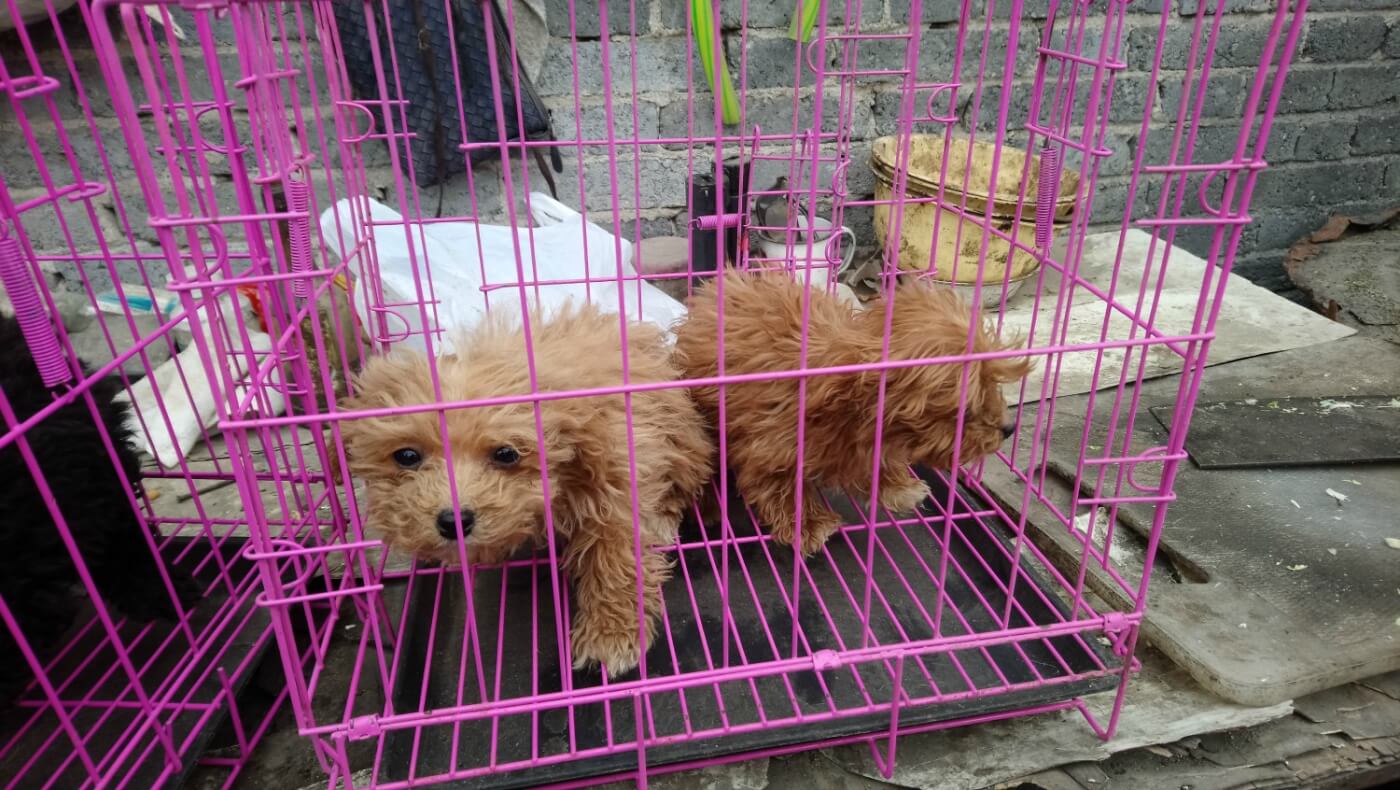 For years, PETA has told prospective animal guardians that every time someone buys a dog from a pet store, one waiting for a home in a shelter will be euthanized—but as it turns out, we were unknowingly protecting their credit scores as well.

In a bizarre scam that’s made headline news recently, pet stores have reportedly persuaded unsuspecting patrons to sign what they believe to be agreements for hefty loans for expensive animals. However, these customers—who failed to read the fine print of the contracts—were actually signing leasing agreements that committed them to paying thousands of dollars over the original price.

One woman assumed that she was taking out a loan for $3,000 for two dogs at a Connecticut pet store. In the store, she actually unknowingly signed an electronic lease contract for the dogs through a lending company named Wags Lending. She was eventually released from her lease after complaining to the Better Business Bureau—but only after paying a total of $5,600.

It’s reported that even if an animal died, lease signers were still responsible for payments.

Only California and Nevada have banned pet leasing—otherwise, the practice is widely legal.

Of course, it’s no surprise that stores that sell animals would sucker customers with conniving scams. This is an industry built on hell-hole puppy mills, where mother dogs and “studs” spend lonely lives in miserable cages, producing litter after litter like widgets off an assembly line.

The truly baffling part of this story is the humans who willingly threw thousands of dollars down for an animal when millions are homeless in shelters.

A little compassion and education would have saved feeling, lonely animals from shelters and these conned folks a world of trouble. More than 6 million animals (including purebreds) enter shelters every year, and half of them must be euthanized because there simply aren’t enough good homes for them. Every time someone purchases a dog from a pet store, he or she perpetuates the misery of animals in filthy, money-hungry puppy mills and condemns yet another loving, healthy dog—who just wants a family of his or her own—to death.

Animals shouldn’t be treated like expensive status symbols but like loyal and loving companions—with emotions and feelings just as valid and important as our own. If you’re hell-bent on finding a specific breed, an estimated 25 percent of dogs in shelters are purebred, and Petfinder is a great search tool for locating particular animals in need of a home—just make sure that you’re ready to be a caring guardian before making one of the most important decisions of your life.

Millions of unwanted dogs and cats die every year in animal shelters, so there’s simply no reason for animals to be bred and sold for the pet-shop trade. Without these stores, the financial incentive for puppy mills would disappear and the suffering of the dogs they exploit would end. Please, always adopt! And remember always to spay and neuter your companion animals.