Canada Goose is sponsoring the Toronto International Film Festival. So PETA is showing organizers and attendees a film that they’ll never forget. 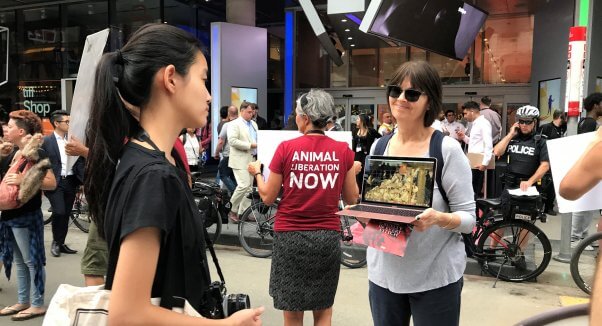 Throughout the festival, PETA and our friends at Direct Action Everywhere (DxE) are screening video footage of coyotes struggling in traps before hunters arrive to shoot them and of workers at a Canada Goose down supplier rounding up terrified geese who piled on top of one another in an attempt to escape, resulting in suffocation and death. PETA’s mobile billboard—showing a man in a Canada Goose coat holding a bloodied goose and coyote—is also circling the Bell Lightbox building all week. 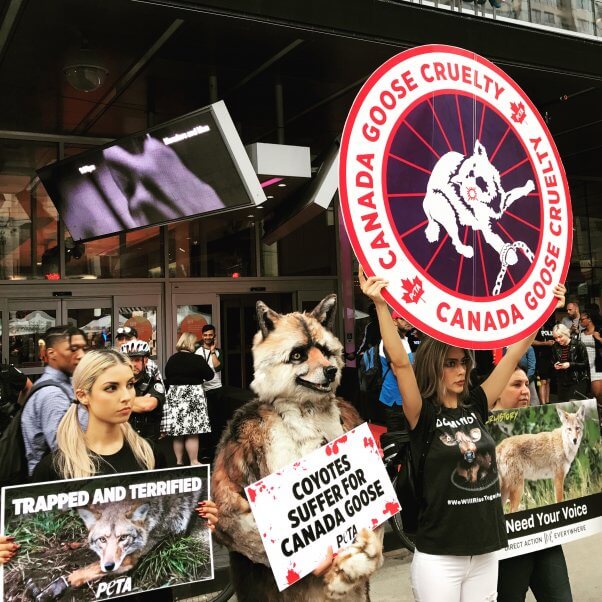 PETA’s costumed coyote made an appearance near the red carpet on opening night, and animal advocates will be leafleting at festival sites all week.

PETA and DxE are demanding that the Toronto International Film Festival follow the lead of the Berlin International Film Festival and stop partnering with cruel and deadly Canada Goose. So far, it has refused to do so, so we and DxE will be out in force advocating for animals during the entire festival. And we’re asking kind people everywhere to join us in refusing to support Canada Goose until the company switches to using warm, humane faux fur and down.