What sort of immoral organization would ever host a person like Tania Roth—the shameful experimenter who has forced alcohol down the throats of newborn rats, stuffed pregnant mothers into tiny restraint tubes and blasted them with strobe lights, and purposely terrified rats by repeatedly shocking their feet?

Apparently, the International Behavioral Neuroscience Society (IBNS) would—but not without getting an earful from PETA. 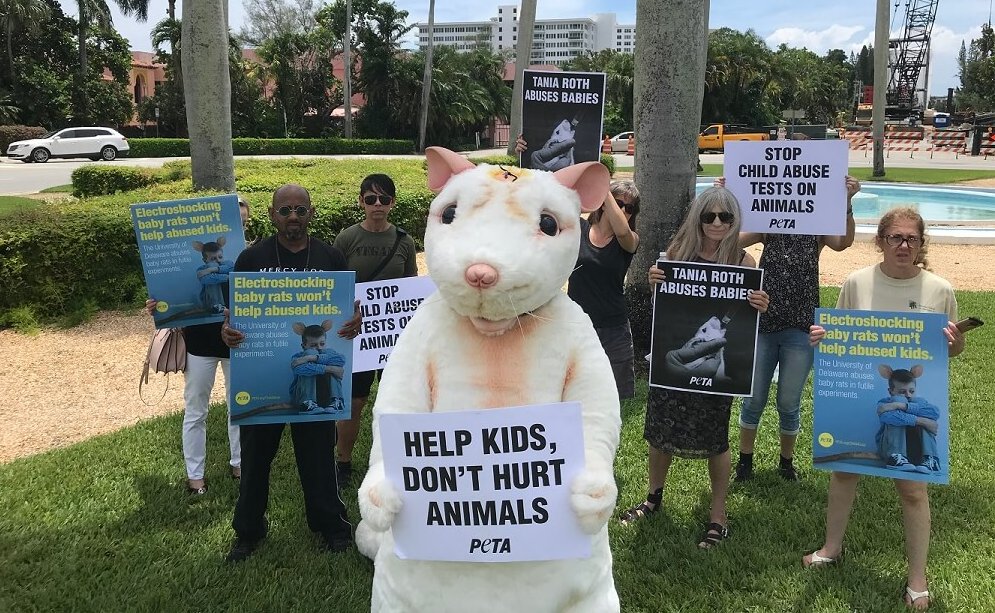 When we found out that this year’s annual IBNS meeting in Boca Raton, Florida, included a presentation from Roth, PETA supporters—including a “giant rat”—took to the streets twice in one day to protest her cruel “child abuse” experiments on animals. 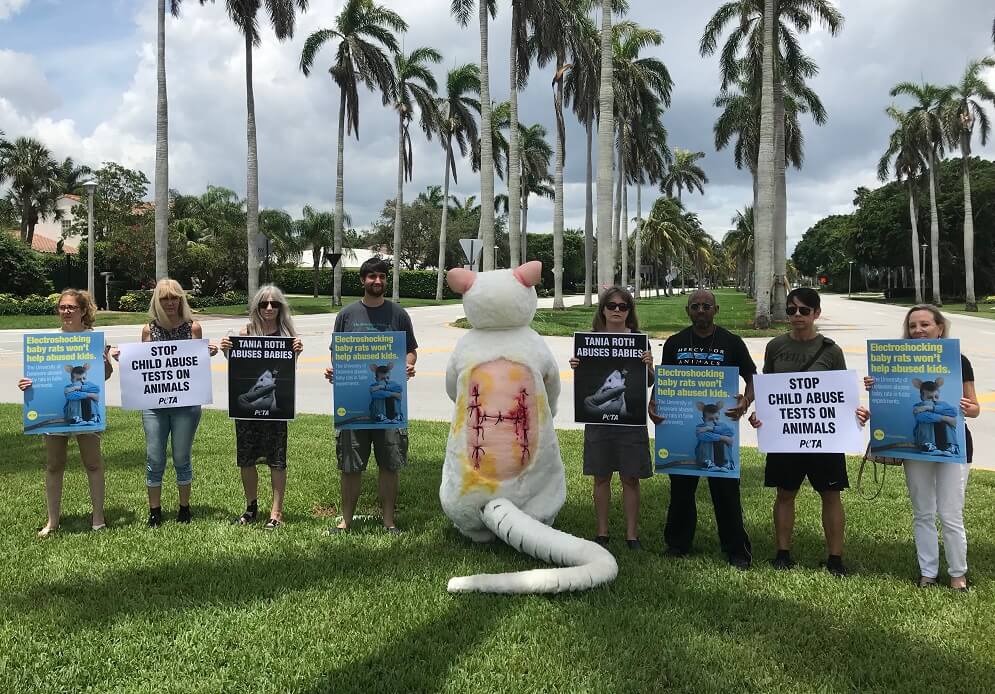 Since 2000, Roth—now at the University of Delaware—has been abusing rats in psychologically distressing and painful experiments. This includes injecting them with opioids, tricking baby rats into believing that they’re in danger by smearing their enclosure with fox urine odor, electrocuting them, and taking them away from their mothers and placing them with traumatized adult rats incapable of taking care of them. In another bizarre experiment, she put rats inside a small Plexiglas enclosure and allowed a cat to lick food off it. 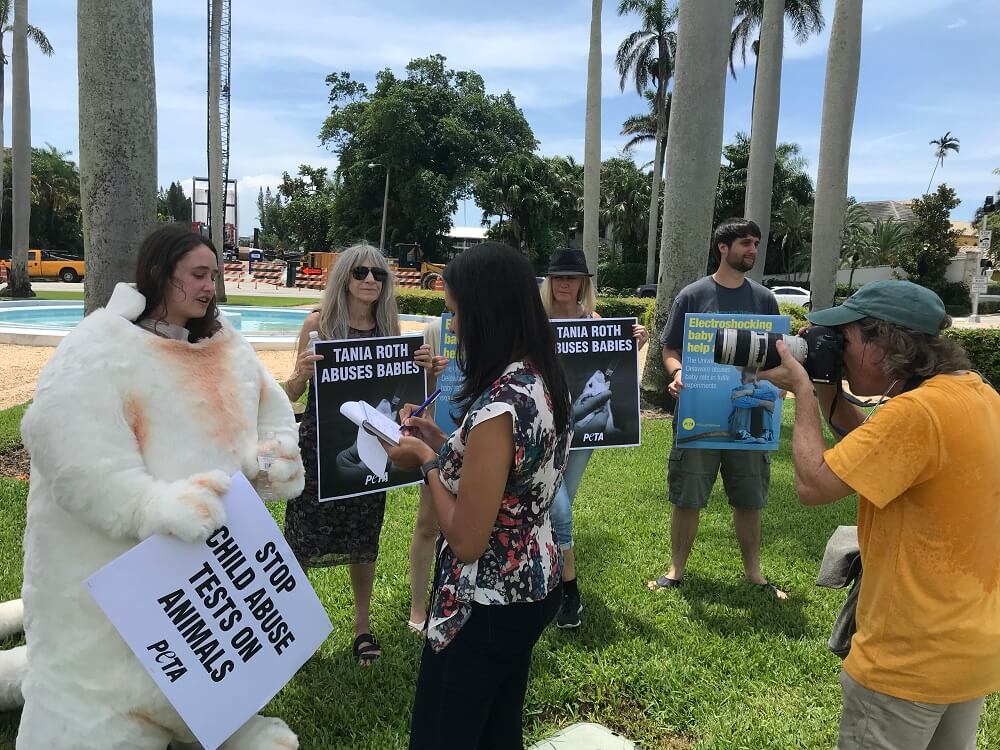 Like Us, Rats Are Mammals Who Feel Pain, Fear, Distress, Loneliness, and Joy

These highly social animals communicate with each other using high-frequency sounds that are inaudible to the human ear. They become emotionally attached to each other, love their families, and easily bond with human guardians. Infant rats giggle when they’re tickled. After engaging in sex, male rats sing at frequencies beyond the range of human hearing. Not only do rats express empathy when another rat—or even a human they know—is in distress, they also exhibit altruism, putting themselves in harm’s way rather than allowing another living being to suffer.

Roth has tormented and killed countless animals. But because of significant biological differences between species as well as her own shoddy scientific methods, the results of her experiments are irrelevant to human health.

Help Keep Roth Away From Babies

Experts agree that Roth’s abusive experiments are utterly pointless. Use our form to demand that the National Institute of Child Health and Human Development stop funding her experiments: