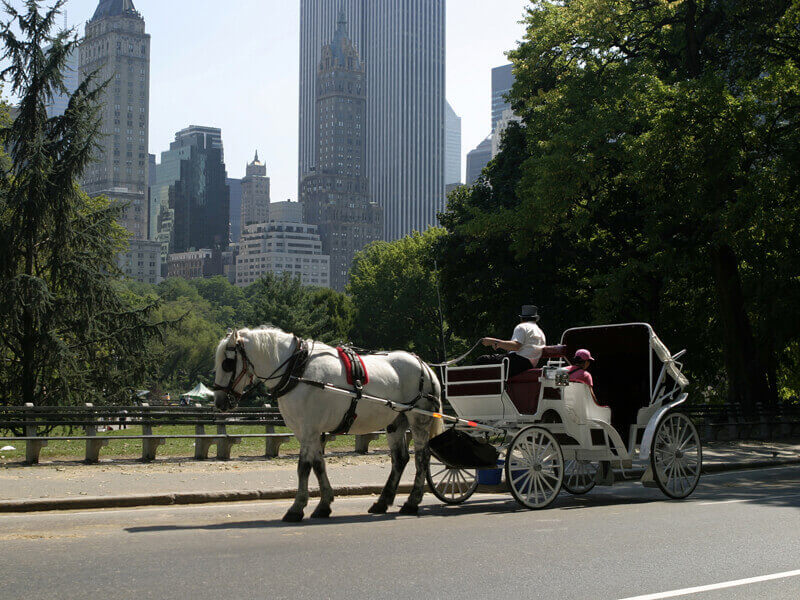 Philadelphia will ring in the new year with a bit more compassion toward the horses in the city: Philadelphia Carriage Co. will cease operations on the last day of 2017 as a result of a settlement agreement reached with the city of Philadelphia.

One of the two remaining horse-drawn carriage companies in Philly will close following animal-cruelty concerns https://t.co/ZAxDKNze78

This company came under fire after it illegally forced sick horses to haul heavy carriages day in and day out without a license for six months. As these animals finally head to retirement at a rescue group, only one other carriage company remains in Philly—which means that the city is closer than ever to eradicating this cruel and archaic enterprise.

Horses continue to escape, collapse, or die on city streets across the U.S.

We’ve seen everything from pools of blood left by a horse forced to pull a carriage while injured to a runaway horse who drowned in an icy river while attached to a sinking vehicle. Earlier this year, a horse was found collapsed in New York’s Central Park, and we also reported on an escaped horse who ran amok, creating panic among pedestrians and drivers. Horse-drawn carriages are simply accidents waiting to happen.

Many accidents, injuries, and even deaths—involving both horses and humans—have occurred after the animals became spooked in traffic. In a split second, they can go from appearing half-asleep to crashing blindly through busy streets.

In addition to accidents, the industry has been under fire for violation after violation. Drivers have been caught working horses in 90-degree weather despite a mandatory heat suspension, drinking on duty, and forcing a horse to work for four days with a serious leg injury.

Don’t Get Taken for a Ride

Horse-drawn carriages are hazards on 21st century streets. No amount of regulation can protect the public from the danger caused by horses who become frightened and bolt. Let’s work together to ban these cruel relics of the past.