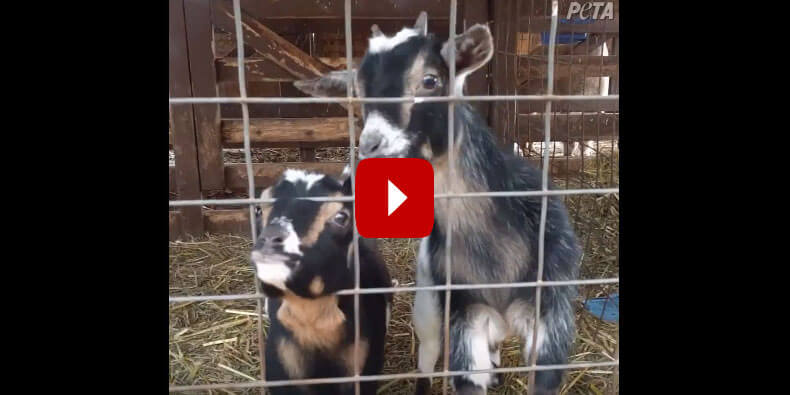 After PETA alerted the U.S. Department of Agriculture (USDA) to eyewitness video footage of animals living in squalid cages, among other issues, at Deer Haven Mini Zoo, the agency cited the facility for numerous repeat violations of the federal Animal Welfare Act (AWA), some of which have been occurring since 2016.

According to the January 30 inspection report, which just became publicly available, rabbits were forced to live amid a buildup of feces and on a floor with openings so large that their feet could easily slip through, causing injury. A rusty and dirty cage confined ring-tailed lemurs, and there were fresh rat holes near cages holding coatimundis and foxes, posing a disease risk. The report concludes that the number of cleaning, sanitation, and maintenance violations at Deer Haven indicates that there aren’t enough employees to care for the animals—which the USDA has cited the facility for before.

For over a year and a half, Deer Haven has been racking up an extensive list of citations at every single federal inspection. The continued filth and ramshackle cages prove that it’s time for this roadside zoo to accept PETA’s offer to help get these animals placed in reputable facilities.

Some of the animals at this roadside zoo are literally going insane. pic.twitter.com/vBZflq2HMs

Over a year ago, PETA helped arrange the transfer of a morbidly obese bear named Lily from a tiny, waste-filled concrete pen at Deer Haven to The Wild Animal Sanctuary in Colorado, where she’s now thriving in a vast naturalistic habitat.

For almost a decade, Lily could only take a few steps in any direction — now, she looks so happy in her new home! ❤️ pic.twitter.com/glaZOaVzNK

PETA has offered to help make similar arrangements for the other animals at Deer Haven at no cost to its owners, but they have refused to do what’s right.

Please, speak up today to urge Deer Haven to close its doors and surrender the animals there to reputable facilities, where they can get the care that they desperately need and live out their days in clean, comfortable spaces.