All morning, SeaWorld and the city of San Antonio saw PETA’s airplane banner flying high above: 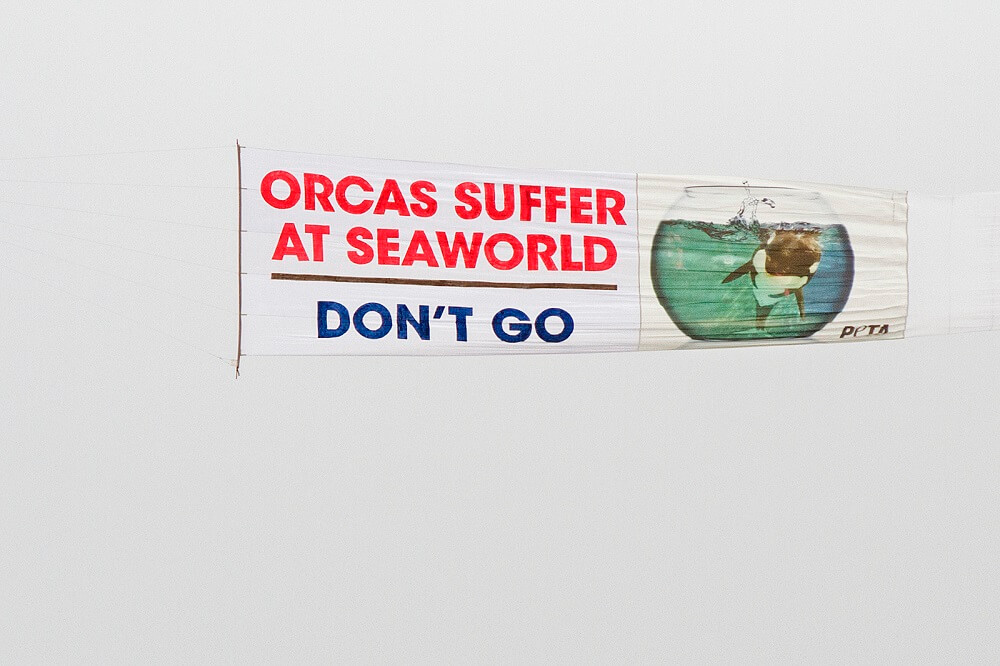 We timed the overhead orca offensive to coincide with San Antonio’s largest annual celebration, Fiesta, and the plane looped over the Battle of Flowers Parade, which more than 350,000 people attend. 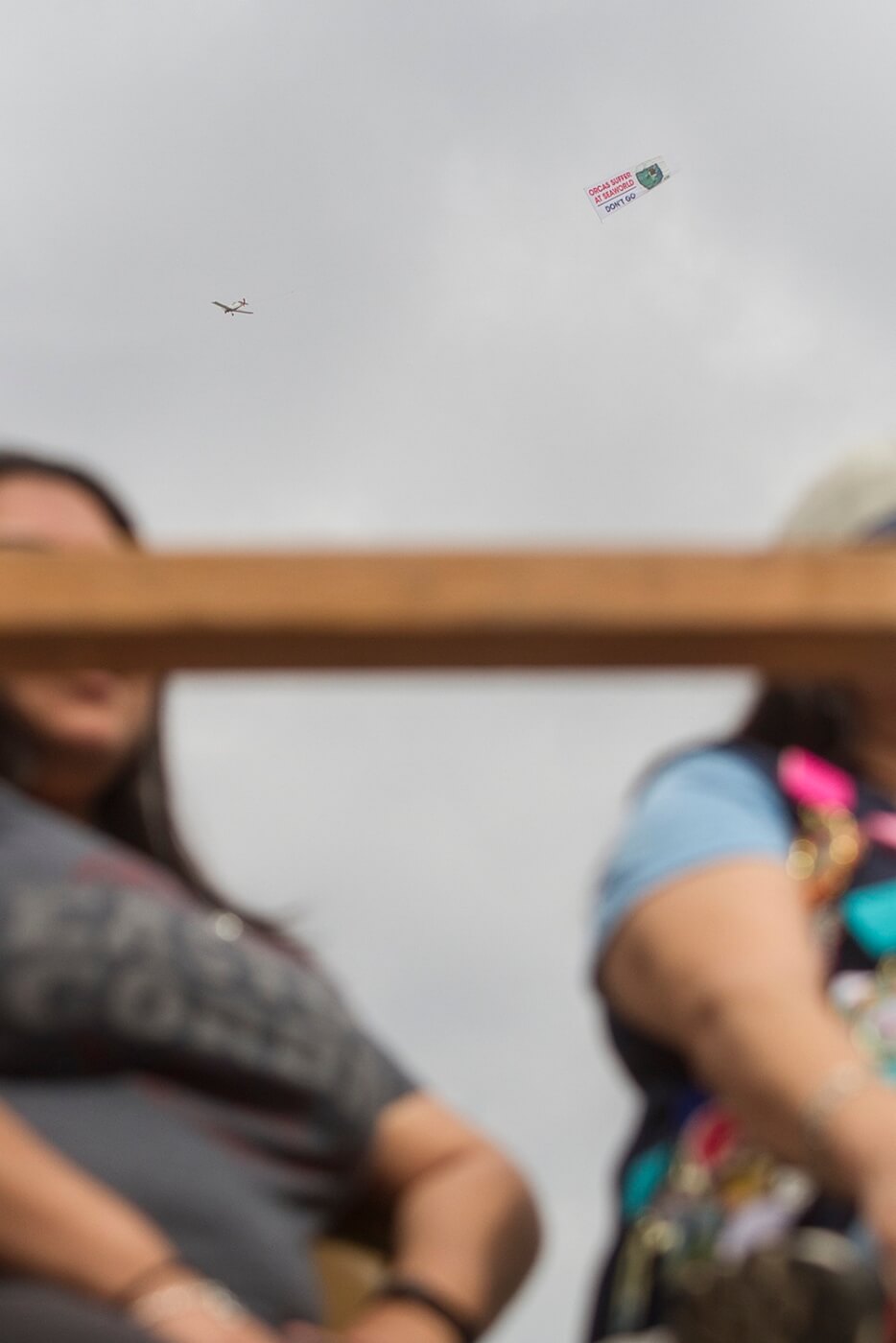 Learn more about cruelty at SeaWorld on The PETA Podcast:

Listen to more episodes on iTunes, Stitcher, and Spotify! Subscribe for new episodes. 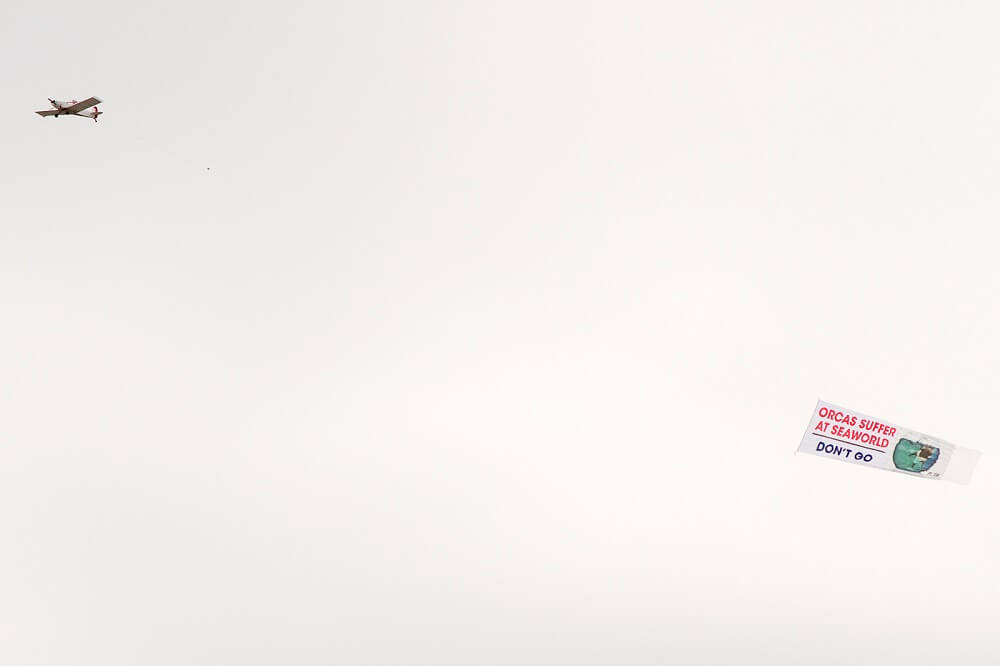 The parade is the only one in the United States produced entirely by women, who are all volunteers. PETA hopes these altruistic women will empathize with the plight of mother orcas, whose babies have frequently been taken away from them at SeaWorld.

These orcas include Katina, who is presently imprisoned inside SeaWorld Orlando. Katina’s life— if you can even call it that— has been dismal at best. She was separated from her mother, Katerina, at age two and has been repeatedly forced to breed. Out of the seven children she’s birthed, only two have survived. Katina was also inbred with her own son, the now deceased Taku, and produced SeaWorld’s first inbred calf-Naku.

Katina currently suffers with a torn dorsal fin which sounds just as horrible as it looks. This potentially life-threatening injury occurred during an interaction with incompatible members of her contrived “pod” at SeaWorld Orlando.

Help all the animals imprisoned by SeaWorld today by asking the company to establish a firm and rapid plan to release them into sanctuaries where they’ll be given some semblance of the natural life that they’ve been denied for so long.