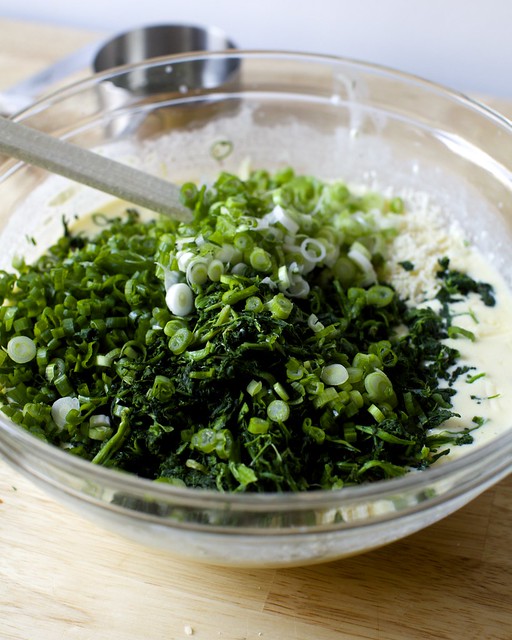 I know we all associate December with cookies, cocktails, yule logs and latkes, but what about the smaller, enduring festivities that often go overlooked, namely workplace and other potluck luncheons? Because my “coworkers” are basically a laptop and occasionally these wild things, my current participation level is limited, but I know that usually what happens is that it’s rather easy to bring cookies and cakes but as nobody wants to drag a roast on the subway and then heat it up in the breakroom microwave, main dishes are harder to nail down.

I am here to help. I found myself wracking my brain a few weeks ago for something to make for my husband’s work potluck — and unfortunately, heh, as someone recognized him early in his tenure there as my husband, I cannot get away with sending him in with a box of Dunkin Donuts, drat — and ended up making two of these galettes. They fit the bill of being something that’s delicious cold or at room temperature, but they are a bit of work. Five minutes after sending him off, I realize the perfect solution was here the whole time. 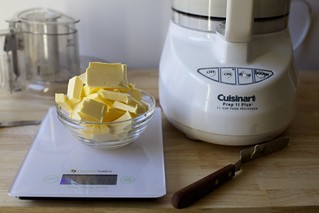 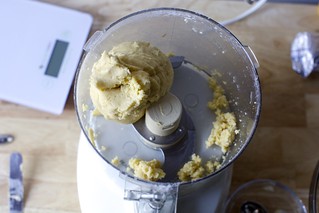 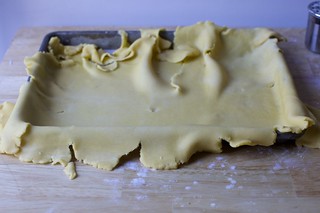 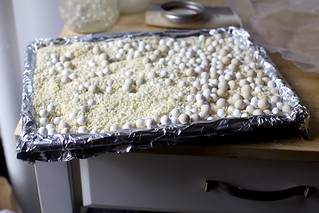 This spinach quiche gives me the feels for a multitude of reasons. It’s one of the first recipes I ever found and quickly made part of my repertoire. I remember being a wee baby cook and not knowing filo from puffed pastry or how soft one needed to get cream cheese before it would blend smoothly — hint: basically mush, and softer than room temperature butter — and stressing over using 1/3 cup of half-and-half because I’d grown up in the fat-phobic 90s (Snackwell’s, holla). 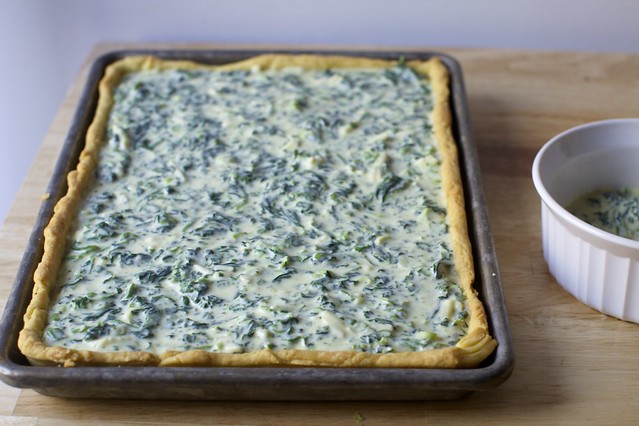 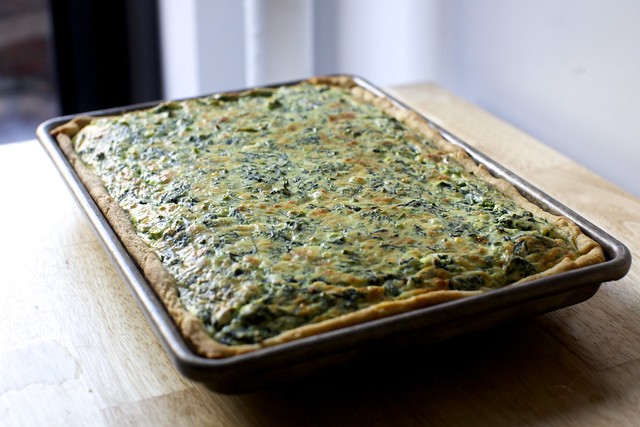 But this quiche endures as a staple because it has such greatness going on: it’s so loaded with spinach, it’s a far from the quaveringly rich-with-eggs-and-cream standard while not depriving you of either. (Phew.) It uses really basic ingredients — frozen spinach! eggs! cream cheese! — and requires no sautéing of onions or any precooking of the filling; the hardest task is wringing the extra moisture from the spinach. It has an abundance of flavor and tastes way less austere than its forest green visage would suggest and it’s good cold, warm or at room temperature and keeps well in the fridge for days. I’ve made it with and without the crust and both ways are excellent, and finally, I’ve realized recently, it scales really well into a quarter-sheet (9×13-inch) pan so that it can easily feed 12 in medium-size portions or 16 as a side, ensuring that everyone there can check “Ate vegetables today” off their lists before tucking into all the cookies, cakes and fizzy. 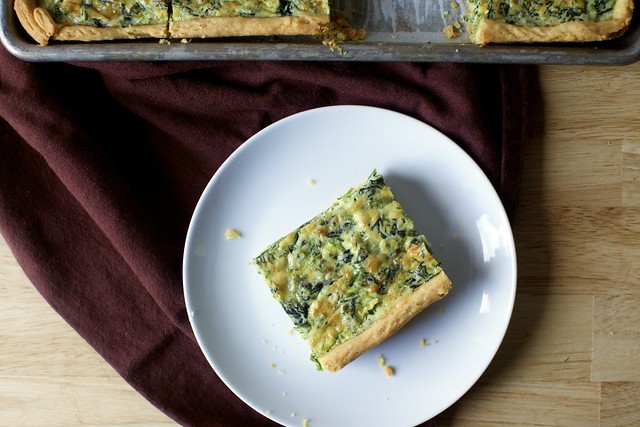 I use frozen chopped spinach. I have in the past used 1 pound of fresh grown-up spinach for each 10-ounce package frozen which, once stemmed and wilted in a pan, works out to about the same volume.

I use the below recipe for quiche/tart doughs from time to time. It’s a bit less flaky and more sturdy (but still light and buttery) than my go-to pie dough, using a higher proportion of butter and much less water. With this extra butter, however, it becomes much more difficult to manage, even for someone who ostensibly has mastered doughs. It gets very hard in the fridge but you’ll not want to wait for it to soften to begin rolling it out because it becomes mushy much faster than flaky pie doughs. I usually regret — as you can see in the photos — the hassle of rolling it out (even more problematic in my insanely hot kitchen with the counter 12 inches from a searing steam heat pipe) and remind myself to just press the crust in next time, as I suggest below. On the plus side, because this dough is less about the big croissant-like flakes, the food processor works just fine here.

After that hard sell, yes, I fully understand if you’d prefer to use a storebought dough. You’re going to want to use 1.5 of those pre-rolled rounds and cut, paste and patch is as necessary.

No, parbaking the crust isn’t crucial, but it does make for a crisp and un-soggy base, and so if you’re going through the trouble of this buttery, delicious homemade dough, I vote for taking this extra step.

Forgive me, I didn’t note baking times last time I made this without the crust but it should be more or less the same. Be sure to oil or butter your baking pan.

I’ve talked about how this quiche works for parties. For home use, making a pan of this at the beginning of the week means we can have it for dinner for a few days with soup, salad, roasted vegetables or as a side to, say, grilled sausages.

Make crust: In a food processor, blend flour and salt together. Add butter and pulse machine until butter is reduced to a fine meal, or couscous-sized bits. While running machine, drizzle in water; stop when dough has balled, a few seconds later.

Wrap dough in plastic or waxed paper and set in freezer to quick-chill until firm but not rock-hard, about 15 to 20 minutes. You can also chill it in the fridge for 2 hours or up to 1 week until needed.

To roll out crust (trickier, but go for it if you’re up for the challenge): Flour your counter well. Remove crust from freezer or fridge, unwrap and flour the top of it. Even if it’s very hard, begin rolling it very gently, in light motions, so it doesn’t crack too much as you stretch it out, to about a 12×16-inch rectangle. Keep flouring top and counter underneath dough as it is prone to sticking. Work as quickly as possible because this dough softens even more than regular pie dough as it warms.

Transfer dough to prepared pan. Lift overhang to let dough slack/droop into corners so you’re not stretching it a lot to shape it to the pan. Trim overhang to 1/2- to 1-inch, then fold overhang onto sides of dough, pressing all around and letting the dough extend slightly over the edge of the pan.

To press in crust (less tricky, and what I always wish I’d done): Press dough in an even layer across bottom of pan; leave it thicker as it goes up the sides; pressing all around and letting the dough extend slightly over the edge of the pan.

Both methods: Freeze shaped dough until solid, about 20 minutes. Save your scraps! You can use them to patch any holes or cracks formed when baking.

Meanwhile, heat oven to 425 degrees F. Coat a large sheet of foil lightly with spray oil. Once crust is solid, prick it all over with a fork and press foil, oiled side down, tightly against dough. Fill foiled crust to the top with pie weights, dried beans or rice (that you don’t plan to eat at any time) or even pennies. Bake for 20 minutes then gently, carefully remove foil and weights and bake for 5 more minutes, unfilled.

While crust par-bakes, make filling: Use an electric mixer or your best whisking skills to beat cream cheese in the bottom of a large bowl until smooth and fluffy. Gradually drizzle in half-and-half, whisking the whole time so that the mixture incorporates smoothly. Whisk in eggs, two at a time, until combined. Squeeze out spinach in handfuls, removing as much extra moisture as possible. Stir in spinach, cheddar, parmesan, scallions, salt and pepper.

When crust has finished parbaking, leave oven on. Inspect crust for cracks or holes and use reserved dough to patch them if necessary. Pour in filling just to the top of the crust. You will probably have about 3/4 cup more filling than you can fit in the crust (not an issue if going crust-less or if you didn’t parbake the crust); you can bake this off in a separate oiled dish for an excellent breakfast on toast tomorrow.

Bake quiche until crust is golden brown and filling is set, about 25 minutes. Cool at least 10 minutes before serving. Quiche keeps in fridge for 4 to 5 days.