Sh*t That I Knit creates its furry pompom beanies from the skin of murdered raccoons and merino wool stolen from gentle sheep and alpacas. It does so even after PETA informed the company that by continuing to profit from fur, it’s complicit in cruelty to animals. We didn’t receive a response, so we’re urging you to use your voice and dollars to get through to it. Here’s why this matters: 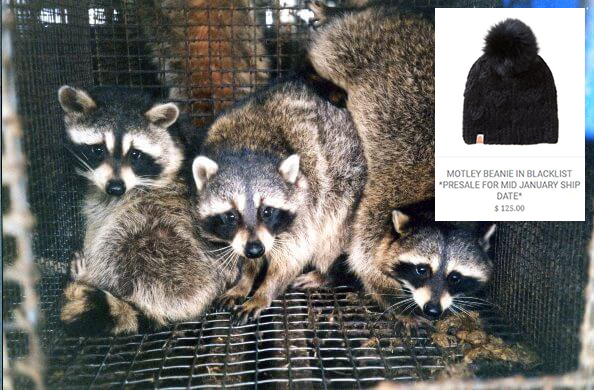 Every year, millions of Chinese raccoon dogs and other animals are confined to feces-filled cages barely larger than their bodies. Many suffer from gaping wounds and missing eyes, tails, and limbs, and they’re often forced to live in cages with the dead, rotting bodies of their cagemates. Workers hang them by their legs or tails, stomp on their necks if they struggle, and peel their skin off over their heads—often while they’re still alive and resisting. These animals are killed using the cheapest methods available, including neck-breaking, suffocation, poisoning, and genital electrocution. The majority are skinned at a few months old, but others are kept for breeding, meaning that they spend several years spinning in circles in their cramped cages, desperate to escape, before succumbing to the horrific conditions or being killed.

Because the few penalties and regulations related to the treatment of animals on fur farms are rarely enforced, fur is a product of a uniformly cruel industry, no matter where it comes from. Farmers in China also often deliberately mislabel their products, which sometimes come from dogs and cats who are killed by the millions every year for their fur—which is then exported and sold to unsuspecting customers around the world. If you wouldn’t suffocate, electrocute, or skin alive your family dog, why would you support inflicting that kind of torture on any other animal? 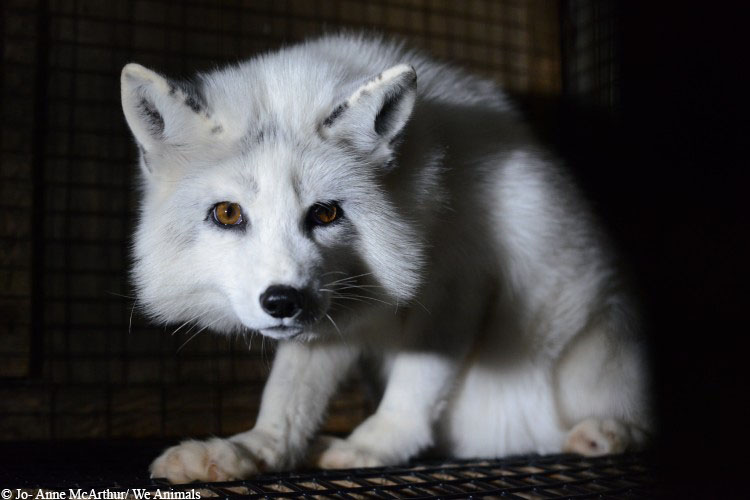 It’s also hair-raising to learn how farming animals for fur is devastating the planet. Independent research demonstrates that it is up to 10 times more harmful to the environment to produce a garment made with animal fur than it is to produce one made with faux fur, and the chemicals used to prevent animals’ flesh from rotting after it’s been turned into a coat or a piece of trim are highly toxic and carcinogenic.

From both a sustainability and an ethical standpoint, Sh*t That I Knit has proved itself to be full of sh*t.

Please urge the company to join the 21st century by ending fur sales and switching to high-performing faux fur today.