Urgent: We need your calls today! Please call AirBridgeCargo and urge the company to halt any plans to fly monkeys destined for laboratories into LAX. Please call 773-800-2361 and select “1.”

Note: AirBridgeCargo has received a large volume of calls from compassionate people like you asking it to cancel its cruel plans. Don’t be surprised if your call is ended abruptly. And please don’t let this deter you from calling—your calls are crucial to helping these monkeys. Please call now! 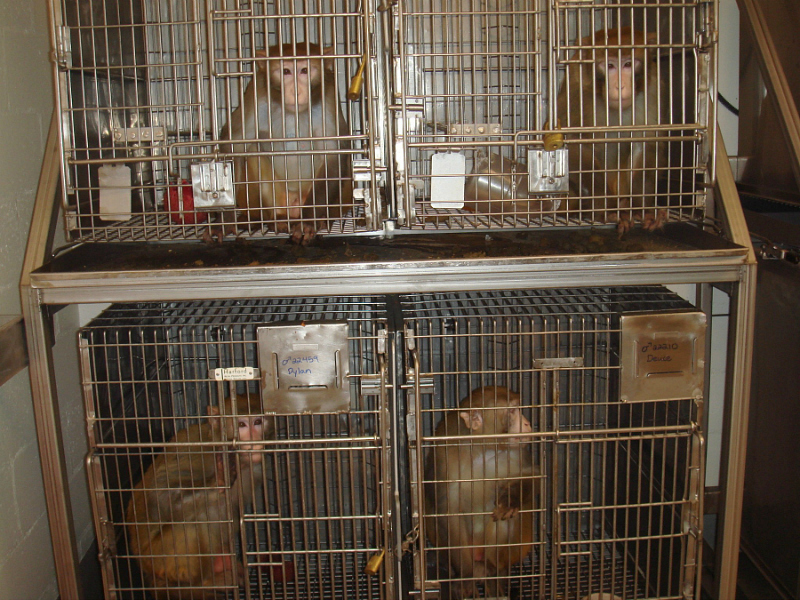 We’ve received disturbing reports that the Russian airline AirBridgeCargo is regularly shipping monkeys from China to the U.S., where they will be cruelly experimented on in laboratories. PETA and our supporters have persuaded nearly every major airline in the world—including Air China, China Eastern Airlines, China Southern Airlines, Philippine Airlines, and United Airlines—to stop transporting monkeys to laboratories, yet it seems that AirBridgeCargo is falling behind this compassionate industry standard and scheduling shipments of monkeys from China at least twice a week.

Every year, thousands of nonhuman primates are transported from countries such as China, Mauritius, and Vietnam to the U.S. and the European Union to be imprisoned in laboratories and tormented in experiments. Some are bred in captivity on cramped, squalid factory farms, while others are taken from their families in the wild. The traumatized monkeys are crammed into small wooden crates and transported in the dark and terrifying cargo holds of planes for as long as 30 hours. It was reported to PETA that shipping crates carrying primates and being handled by AirBridgeCargo were leaking urine and feces and that some monkeys in poor condition were denied any assistance or care. Once the animals arrive in the U.S., they are transported to facilities where they’re imprisoned in tiny cages and often cut open, poisoned, crippled, addicted to drugs, shocked, and killed.