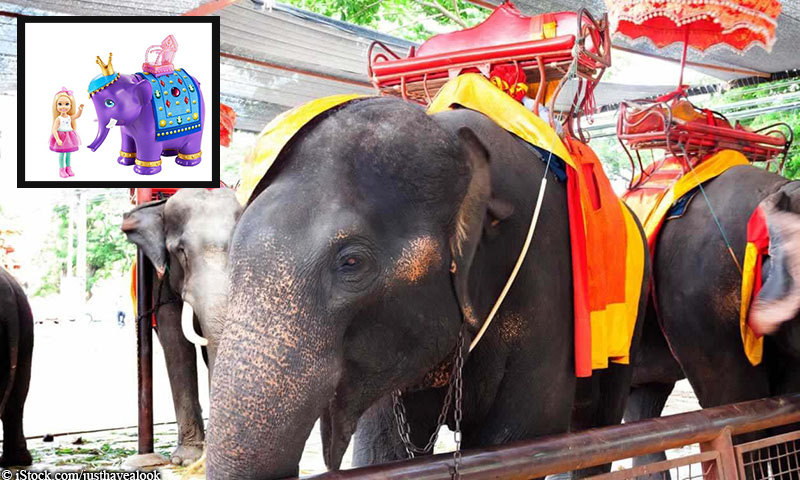 Elephants used for rides are brutally beaten to break their spirit! 😢 Showcasing dolls riding them sends a horrible message about animal abuse. Stand with @PETA in asking @Mattel to discontinue these toys today: http://peta.vg/287l

In order to make elephants allow humans to climb onto their backs, they are often forcibly separated from their mothers as babies, tied down, beaten mercilessly, and gouged with sharp weapons. They’re left injured and traumatized, and some don’t survive. Those who do spend their lives in servitude, under the constant threat of physical punishment. Tell Mattel to join the dozens of other companies that have stopped promoting the exploitation of elephants for entertainment.