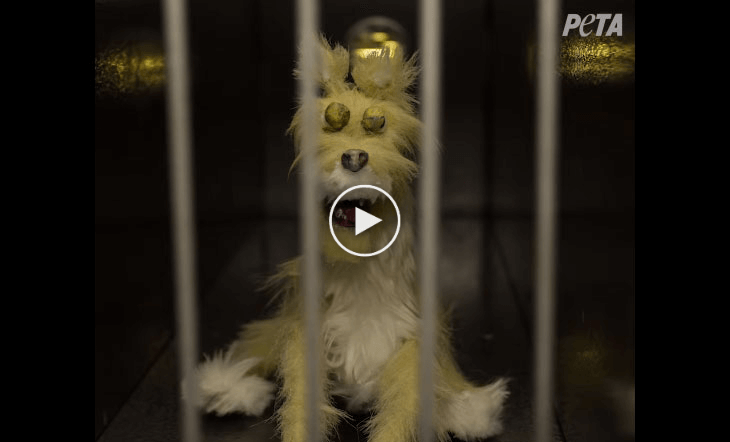 Since Wes Anderson’s highly anticipated new film Isle of Dogs hit theaters nationwide, PETA has released its own video using stop-motion animation to tell the story of a dog in desperate need of rescue. The new video short depicts a canine in Texas A&M University’s (TAMU) laboratory, where dogs are purposely bred to develop crippling muscular dystrophy (MD) and then experimented on.

Dogs at TAMU are caged inside a barren laboratory. Their swollen tongues and weakened jaw muscles make it difficult for them to swallow and breathe, and ropes of saliva hang from their mouths.

Nearly four decades of experiments that cause dogs to suffer have failed to produce a cure or even a treatment to reverse symptoms of MD in humans. PETA is calling for these cruel experiments to end and all surviving dogs to be released from this “trash island” of a laboratory.

Did you know THIS is happening to dogs in a @TAMU lab? pic.twitter.com/572NwZgLl6

You Can Speak Out Against This Cruelty

Please, join PETA in urging the university to close this dog laboratory, stop breeding MD-afflicted dogs, and release all dogs for adoption into good homes.