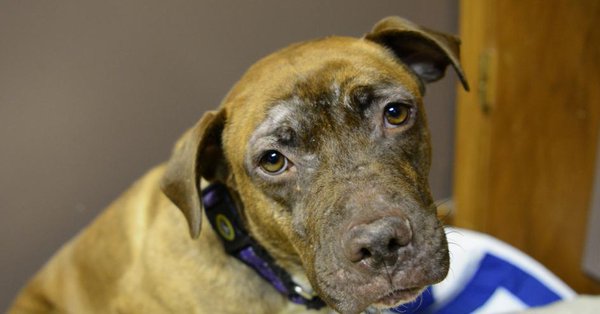 Late last month, an injured dog named Lexi was found in the Lilly Grove subdivision of Princeton, West Virginia. She had a stab wound on her side, a tooth and claws missing, and road rash all over her body. While taking her to the animal shelter, a Mercer County animal advocate found another dog’s body, also with road rash, on Thornton Avenue. A necropsy revealed that this dog had been stabbed to death through the heart before a portion of her body was skinned.

Lexi, who had escaped from her yard during a recent storm, has since been claimed by her guardians and is expected to recover—but law-enforcement officials have yet to determine who is responsible for abusing her and for killing the other dog. That’s why PETA is offering a reward of up to $5,000 for information leading to the arrest and conviction on cruelty charges of the person or persons responsible for either or both of these crimes. PETA’s contribution joins an existing $3,000 reward, bringing the total amount to $8,000.

PRINCETON — PETA is offering a $5,000 reward to join an existing $3,000 reward from the Mercer County Humane Society to find those… https://t.co/SoxB1YBhhG

Repeat offences are the rule rather than the exception among animal abusers, who often go on to harm humans. We’re urging anyone with information about these violent crimes to come forward immediately so that whoever tormented the dogs can be found and prevented from hurting anyone else.

“It sickened me,” said Kim Bay with the Mercer County Humane Society. “I was literally sick to my stomach. The deceased dog was stabbed through the heart.”
https://t.co/PGnknGlID3

Remember: Always keep an eye on animal companions when they’re outside, and never leave them unattended in the yard.