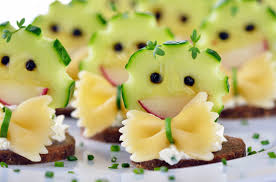 Being vegetarian is one of the greatest things in the world. From good health to sufficient energy in your daily life. Eating healthy is one of the easiest ways to ensure both your mood and physical wellbeing remain at their positive peek.

If you have an attack of the blues, try drinking some tea made from walnut. Walnuts are plentiful with the mood boosting chemical serotonin. Brew this wonderful little food in hot water (easier for the body to acquire the serotonin) and drink away much of your blues. The recipe is simple, use half a shell walnut for each cup of hot water and steep for 3 minutes and drink 4 to 6 cups daily.

Green tea has long been known for the numerous benefits it provides. As a vegetarian, it’s important not to overlook this tea as part of your daily or regular diet. The tea aids in the fight of cancer, rheumatoid arthritis, high cholesterol levels, cardiovascular disease, infection and impaired immune function. But what about the negative effect of insomnia since it contains caffeine? What about it, the fact that it makes you a little sleepy far out weights the benefits. Also, the caffeine in it contains 30 to 60 milligrams per 8 ounces of tea. Compare that to over 100 milligrams in 8 ounces of coffee.

If that’s not enough to convince you of making green tea part of your diet, lets look at the Japanese study of the benefits of green tea against dioxin. Dioxin is a byproduct of paper and plastic manufacturing. It is released into the air and settles in the soil which finally makes its way into your food. Dioxin causes birth defects, increases your risk of cancer and suppresses your immunity. The Japanese researchers say that several antioxidant compounds in green tea prevent dioxin from destroying DNA and cells. Epigallocatechin gallate is one of the antioxidants that does a fabulous job in preventing dioxin’s effects. Epigallocatechin gallate also makes up for one-third of green tea’s antioxidant compounds.

By now you should be convinced of all the positives of green tea being a staple in your vegetarian diet.