After receiving pressure from animal advocates, lawmakers in New Zealand have passed a strong law to protect sheep from abuse. The country just banned mulesing, a painful procedure performed on sheep on wool farms in which large chunks of flesh are carved out of their backsides. And they won’t have to wait for long: The law goes into effect on October 1. 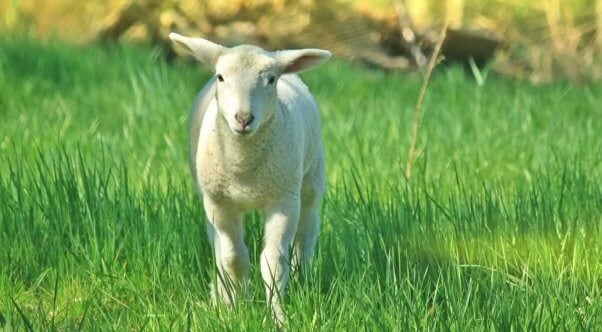 Merino sheep are specifically bred to have wrinkly skin, which means more wool per animal and thus more profit. But this unnatural overload of hair causes many of them to collapse and even die of heat exhaustion during hot months, and the wrinkles collect urine and moisture. Flies, who are attracted to the moisture, lay eggs in the folds of skin, and the hatched maggots can eat the sheep alive.

To prevent this so-called “flystrike,” some ranchers “mules” sheep, a barbaric procedure in which they force the terrified animals onto their backs, restrain their legs between metal bars, and—often without any painkillers whatsoever—carve huge chunks of skin away from the animals’ backsides or attach vise-like clamps to their flesh until it dies and sloughs off. Both procedures are excruciating.

Mulesing is a crude attempt to create smoother skin that won’t collect moisture, but the exposed, bloody wounds often become infected or flystruck. Many sheep who have endured the mutilation still suffer slow, agonizing deaths from flystrike.

Under New Zealand’s new law, mulesing will be a criminal conviction punishable by a $5,000 penalty for an individual offender and a $25,000 fine for a business. Even veterinary clinics using pain relief will not be allowed to perform the procedure. The country started phasing out mulesing in 2007 as a result of mounting pressure from consumers after PETA and our international affiliates exposed the practice.

Together, PETA affiliates launched a global campaign to end some of the worst abuses of sheep, including mulesing. We persuaded a long list of leading retailers and designers—such as Abercrombie & Fitch, Timberland, H&M, American Eagle, Liz Claiborne, Hugo Boss, Perry Ellis International, Coldwater Creek, and many others—to pledge not to use wool from mulesed lambs. We held demonstrations around the world, and numerous celebrities joined the cause.

Pressure mounted for wool producers to end mulesing. The Australian Wool Innovation (AWI) board promised that the world’s top wool-producing country would have it phased out by 2010. But it didn’t, and most producers in Australia continue to perform this mutilation.

With New Zealand’s ban in effect, the pressure is on for other countries to follow suit. As former AWI board member and wool producer Chick Olsson put it:

“The Australian wool industry has fallen so far behind that it is going to be hard to recover …. Europe is ahead and New Zealand is ahead. Mulesing is affecting lamb sales[,] it is affecting our reputation overseas and NZ [has] just completely drop-kicked the ball at full-time to win the game. They have clearly identified consumers’ preferences and they have legislated to match those preferences.”

The end of mulesing in New Zealand is a welcome respite for sheep on wool farms. However, it doesn’t mean that wool can now be considered humane. We’ll keep working to end all abuse of sheep.

Since 2013, PETA and our affiliates have released eight different exposés of more than 70 wool operations on four continents and have revealed rampant abuse of sheep at every one.

Here are the most urgent actions that you can take right now to help: