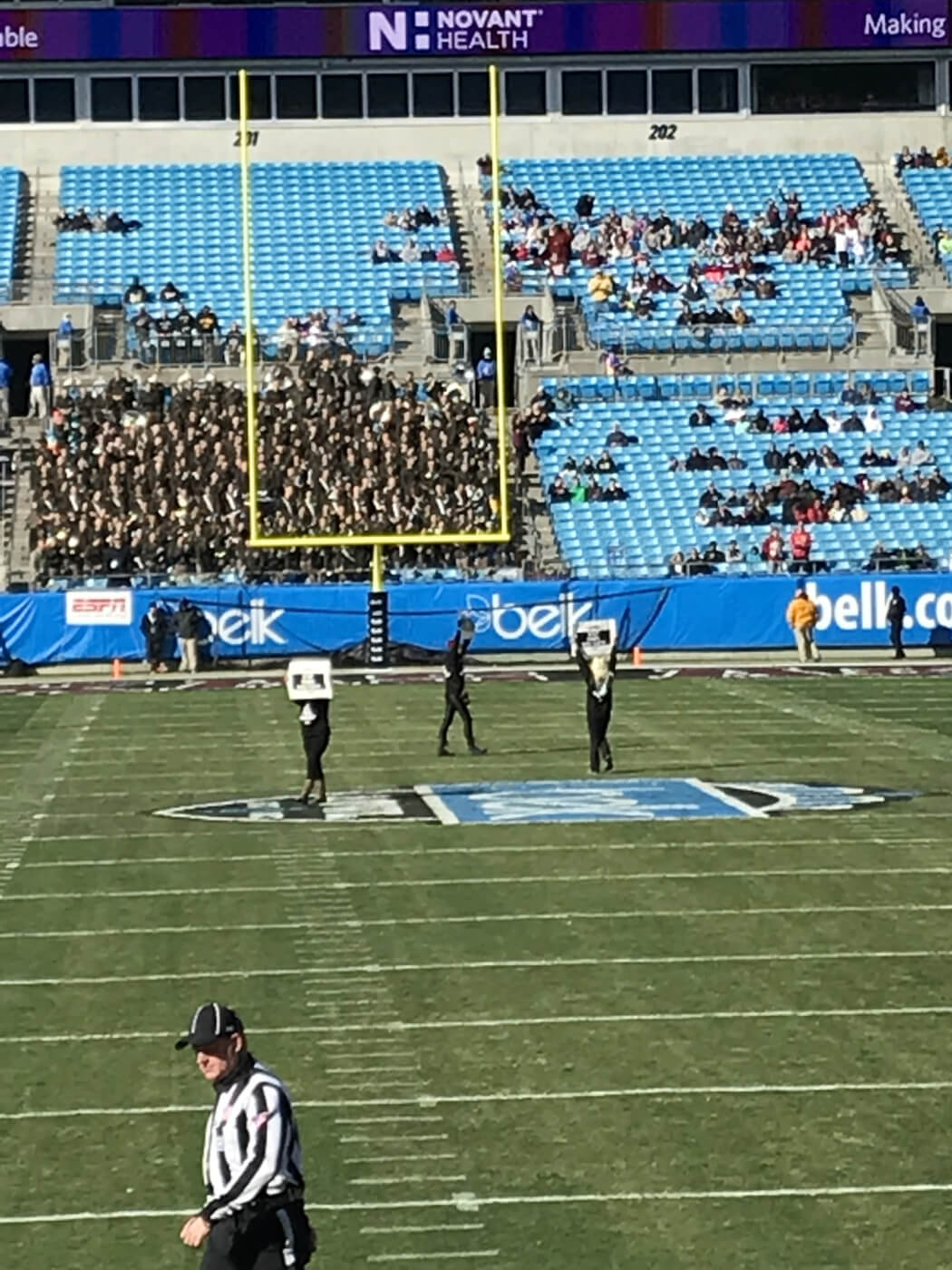 Moments after Texas A&M University (TAMU) scored its first touchdown against Wake Forest University at the Belk Bowl today, three PETA supporters wearing sweatshirts and brandishing signs proclaiming, “TAMU: Stop Cruel Dog Tests,” rushed onto the field. The trio sat on the field to protest TAMU for experimenting on golden retrievers and breeding them to develop a crippling canine form of muscular dystrophy (MD) that leaves the dogs struggling to walk, swallow, and even breathe.

After several minutes, police escorted the protesters out of the stadium.

These PETA activists just stormed the field at the #BelkBowl! They’re demanding that @TAMU shut down a lab that tortures dogs bred to have muscular dystrophy 💔 pic.twitter.com/nfsQArEvMg

For decades, generations of dogs have suffered and died in gruesome experiments that haven’t led to a cure for muscular dystrophy in humans. PETA is calling on Texas A&M to shut down this cruel laboratory, stop experimenting on golden retrievers, and release all surviving dogs for adoption into loving homes.

This is what dogs at @TAMU go through for cruel and unnecessary muscular dystrophy experiments. These experiments MUST end! #StopAnimalTestspic.twitter.com/k9g3UvzYsP

PETA has released eyewitness video footage showing golden retrievers and other dogs in TAMU labs who were suffering from canine MD and could barely walk or swallow. Dogs who didn’t exhibit symptoms but carried the gene for canine MD were used for breeding—and were left to pace frantically on the hard, slatted floors and gnaw in frustration on cage bars.

PETA supporters like you can help end these experiments.

It makes no sense to dote on some animals as “companions” while condemning others to be treated as tools in experiments—they’re all individuals deserving of respect.

Please, join PETA in urging the university to close this dog laboratory, stop breeding MD-afflicted dogs, and release all dogs for adoption into good homes.