Bribes? Penguin meat? Dolphin burger Saturdays? What else would you expect from the public relations team that gave us spying on PETA, an ad claiming that the ocean is too dangerous for orcas, and the epic debacle that was the #AskSeaWorld campaign, hailed as the worst social media fail of 2015?

In PETA’s irreverent new parody video, SeaWorld is at it again, trying to figure out a way to get its reputation and revenue out of the gutter. It’s even traveling through time to try to work out how to win back customers, with the help of a time-travel mechanism that runs on baby orca tears. Catch the marketing geniuses at work:

So what will SeaWorld think of next? Polar bear–fur rugs? Ride-on-a-shark encounters? Hiring Casey Anthony? 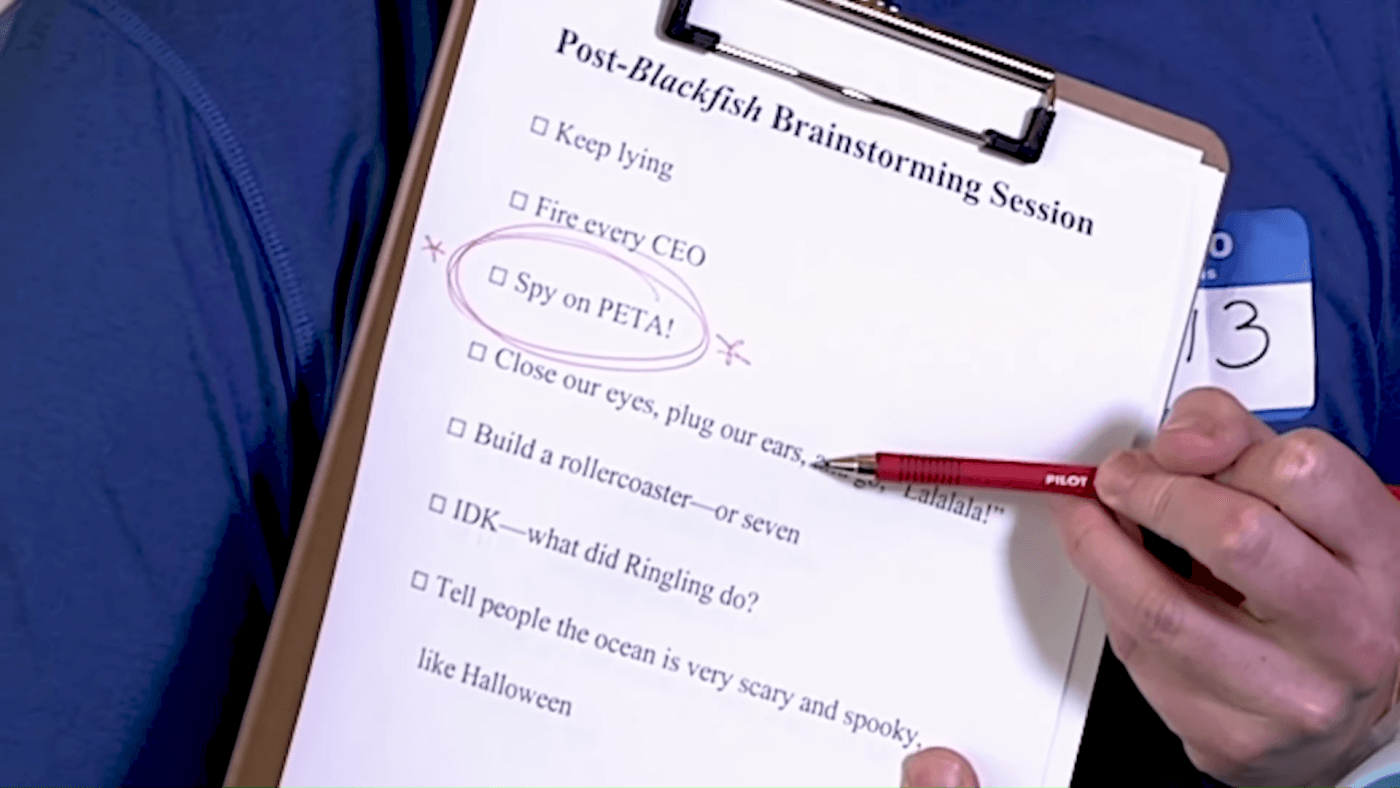 Of course, it could just retire the animals to sea sanctuaries. But apparently, that answer would be too easy. Join the millions of people all around the world who have already told SeaWorld, “The truth is out there. That’s kind of the issue. And yeah, you suck.”