Big victories can come in small packages, and no matter where we look, we find new evidence that people are embracing compassion for animals like never before.

For more than a century, Nabisco’s Barnum’s Animals crackers have been sold in boxes that depict lions, gorillas, elephants, and other animals caged in a circus boxcar. But following discussions with PETA, in which we suggested a new design, the brand has redesigned the packaging to show animals free in nature instead of held captive in cages for human entertainment. 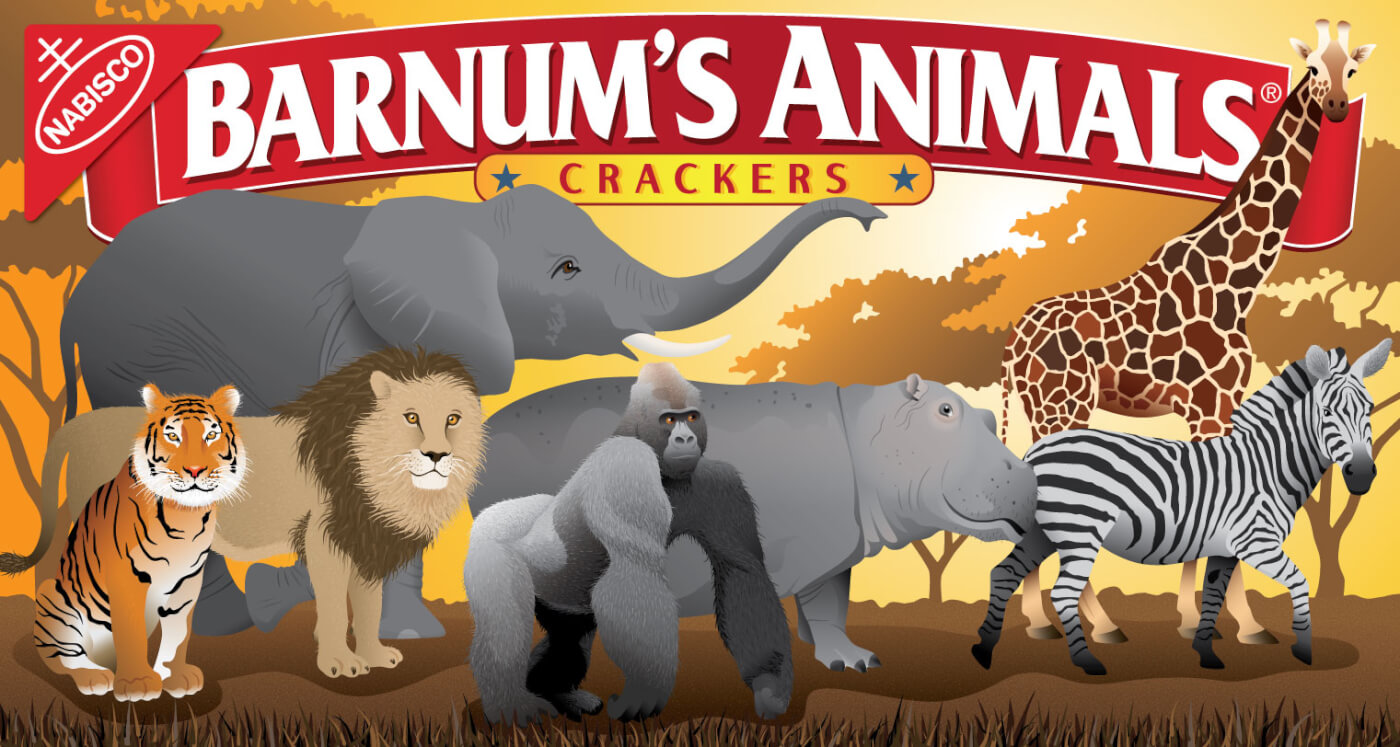 PETA submitted this mock-up image to Nabisco with a request that it update its packaging.

The new box for Barnum’s Animals perfectly reflects that our society no longer tolerates caging and chaining exotic animals for circus shows. PETA is celebrating this redesign just as we’ve celebrated the closure of Ringling Bros. and Barnum & Bailey Circus and an end to the use of wild animals in many other circuses.

No living being exists simply to be a spectacle or to perform tricks for human entertainment, yet all circuses and traveling shows that use animals treat them as mere props, denying them everything that’s natural and important to them.

Here's why you should NEVER visit circuses with live animal shows. pic.twitter.com/xmJHY7TUYM

Elephants, tigers, bears, and other animals in circuses are forced to perform under the threat of punishment with sticks, bullhooks, whips, or electric prods. These living, feeling beings are torn away from their families and subjected to beatings, isolation, and neglect. Animals abused in circuses will continue to be treated like inanimate toys void of emotion as long as people continue to pay for admission to these performances.

We Can End All Animal Acts!

Society at large no longer accepts beating, shocking, prodding, neglecting, or chaining up animals for fleeting moments of entertainment—but we still have work to do. Stand with PETA today against circuses that abuse animals.