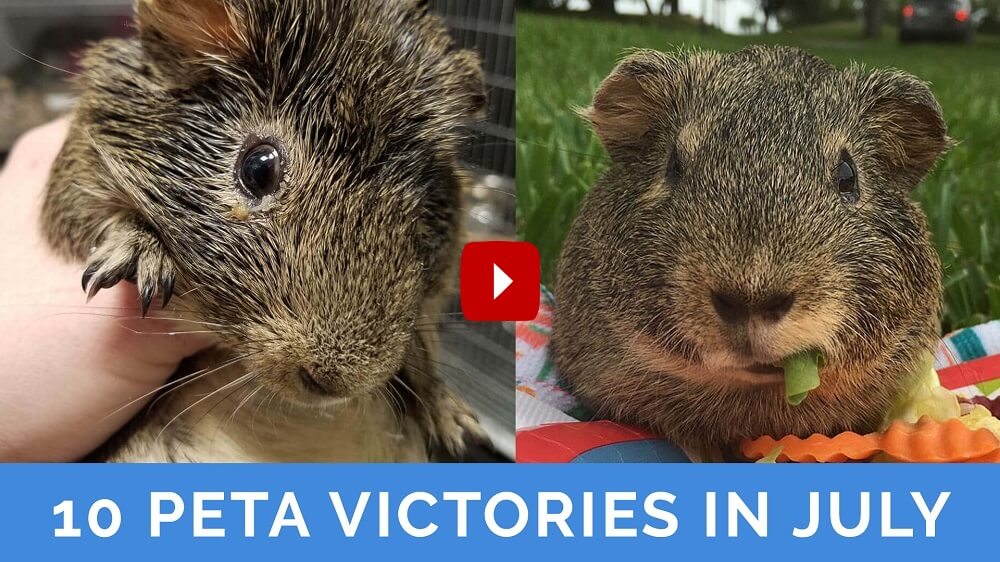 When PETA wins for animals, we win hard. In July, Jack Daniel’s finally dropped its sponsorship of the deadly Iditarod race following PETA protests outside its offices and over 186,000 e-mails sent by our supporters. PetSmart managers pleaded guilty to cruelty-to-animals charges following a scathing PETA exposé, and we even persuaded the globally renowned luxury brand Gucci to ban angora wool.

Those victories—made possible because of supporters like you—were huge. Can you believe that they’re just a taste of everything that we accomplished last month? Check out more of our top victories for animals in July:

No thinking, feeling person wants to be beaten into performing senseless tricks, skinned alive for their fur, or mutilated in sickening experiments. But these are just some of the realities that countless animals endure under human domination. Come to the aid of animals anytime, anywhere, with our mobile alerts. We’ll send you a quick text when your help is needed. Reply with a single word—or even a single letter—and PETA will send the animal abuser a message on your behalf.