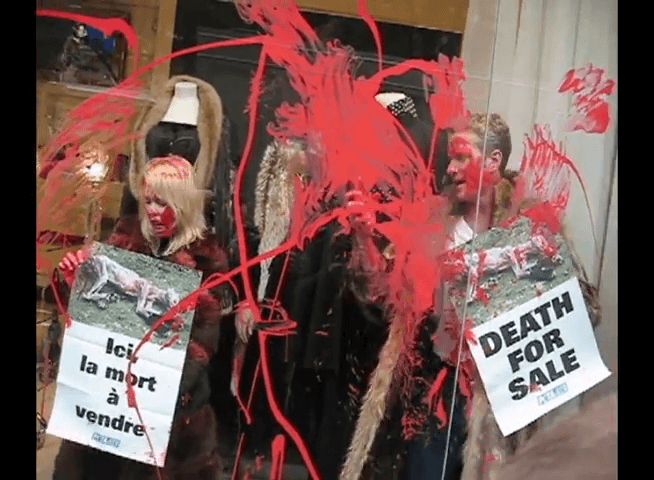 The following statement is from Mimi Bekhechi, Director of International Programmes, PETA UK:

The corks are popping at PETA’s headquarters after Jean Paul Gaultier announced live on French television last night that he won’t be using fur in future collections, admitting that the ways animals are killed for their fur are “absolutely deplorable“. The news comes after years of pressure from PETA, including a member of the organisation being thrown out of his fashion week show in 2002 after causing a runway ruckus with her anti-fur message as well as a takeover of his Paris boutique in 2006 led by PETA founder Ingrid Newkirk. The iconic designer now joins Armani, Versace, Ralph Lauren, Vivienne Westwood, Stella McCartney, and many others in banning fur from his collections. This decision is a sign of the times, as the vast majority of people want nothing to do with items that have come from animals who were caged and electrocuted or bludgeoned to death or caught in steel traps, many being left to die slowly from blood loss – which is the way coyotes are still being killed for the frivolous trim on Canada Goose’s jackets. Fur today is as dead as the poor animals it was stolen from, and any designers not clued up enough to see that may as well hang up their sewing needles now.